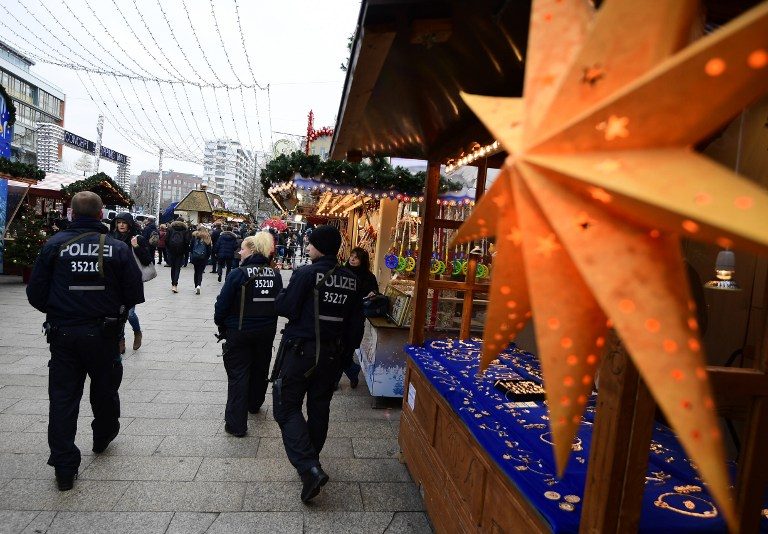 The arrest was the first in Germany by investigators seeking to uncover if Amri had accomplices in the December 19 attack when he allegedly hijacked a truck and drove it into a Berlin Christmas market, killing 12 people.

“The deceased suspect Anis Amri had saved the number of this 40-year-old Tunisian national in his phone. The investigations indicate that he could have been involved in the attack,” the federal prosecutor’s office said in a statement.

The suspect was taken into custody early Wednesday after federal police officers searched his Berlin home and work premises.

“The extent to which the suspicions against the detained person can be confirmed remains subject to further investigation,” the statement added.

Amri, 24, went on the run and was the focus of a four-day manhunt before being shot dead by police in Milan, northern Italy, after opening fire first.

German police said they found his fingerprints and his temporary residence permit in the cab of the truck used in the Berlin attack, next to the body of its registered Polish driver, who was killed with a gunshot to the head.

The Berlin rampage was claimed by the Islamic State group, which released a video last Friday in which Amri is shown pledging allegiance to ISIS chief Abu Bakr al-Baghdadi.

By bus and train

More than a week after the attack, investigators were still battling to find out if Amri had help before and after the assault.

Three other men, including Amri’s nephew, were arrested by Tunisian authorities last Friday.

On Wednesday, a spokesman at the anti-terrorism unit told AFP that their probe was ongoing, declining to give further details.

The Tunisian had boarded an overnight bus at the Dutch city of Nijmegen, near the German border, that took him to Lyon in central France, sources close to the investigation said.

Wim de Bruin, spokesman for the Dutch public prosecution service told AFP: “We believe he was in Nijmegen, most likely last Wednesday.”

“There are video images and it’s very likely him,” De Bruin said, adding that “it’s most likely here where he received a SIM card,” which Italian police later found on his body.

Amri got off the bus at the Lyon-Part-Dieu rail station, one of the sources said.

From there, he took a train to the French Alpine town of Chambery before heading to Milan.

A train ticket from Lyon to Milan via Turin was also found on Amri’s body.

But investigators are still trying to determine how Amri was able to leave Berlin and cross most of Germany to reach the Netherlands.

Amri was known to Tunisian police as a juvenile delinquent who drank and took drugs.

In 2011, he left his home country for Italy. There he spent four years in prison for starting a fire in a refugee centre, during which time he was apparently radicalised.

After serving his sentence he made his way to Germany in 2015, taking advantage of Europe’s Schengen system of open borders — as he did on his return to Italy last week.

German security agencies began monitoring Amri in March, suspecting he was planning break-ins to raise cash for automatic weapons to carry out an attack.

But the surveillance was halted in September because Amri, who was supposed to have been deported months earlier, was seen primarily as a small-time drug dealer. – Rappler.com