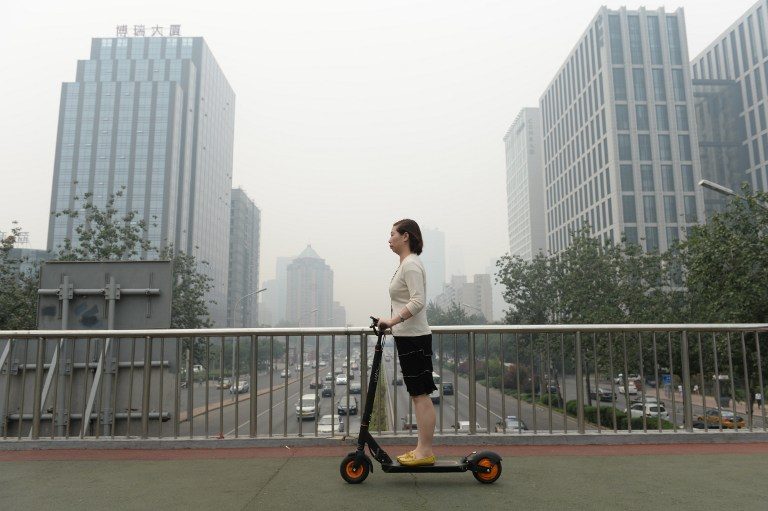 Facebook Twitter Copy URL
Copied
Coal, of which China is the world's largest consumer, remains an indispensable part of its economy, supplying 60% of its electricity

BEIJING, China – China has set a target of reducing its annual coal capacity by 800 million tonnes, according to a government plan reported Saturday, December 31, by state media.

Despite the target, Beijing expects total coal output to rise to around 3.9 billion tons by 2020, compared to 3.75 billion tons in 2015, the official Xinhua news agency said, citing a document issued by the country’s top economic planning body.

The plan aims to “improve coal production safety and efficiency, as well as reducing impact on the environment,” Xinhua said, suggesting that low-capacity mines were likely to be the target of closures.

The reduction in outdated capacity reflects the slowdown in demand in China. By 2020, the world’s second largest economy will burn around 4.1 billion tons compared to 3.96 billion tons last year – a very moderate growth rate.

Overall, China’s energy consumption is now growing at only 3% per year, compared to 10% a few years ago, after a sharp slowdown in economic growth.

Coal, of which China is the world’s largest consumer, remains an indispensable part of its economy, supplying 60% of its electricity.

However, Beijing must also consider the environmental impact of the fossil fuel, in a country where cities are regularly shrouded in a polluted haze that has sparked anger among the population.

The government had already promised to reduce its coal production capacity by an estimated 250 million tons this year and to reduce the share of coal in its energy mix to 62.6% by 2016.

The country also intends to modernize its coal-fired power plants by 2020 to reduce emissions of “major pollutants” by 60% and is committed to stabilizing its CO2 emissions “around 2030.”

Environmental NGOs are nonetheless cautious, worried in particular about the unbridled construction of new coal-fired power plants in China, at the rate of almost two new projects per week in 2015 alone – even though there may ultimately be little need for the extra capacity. – Rappler.com