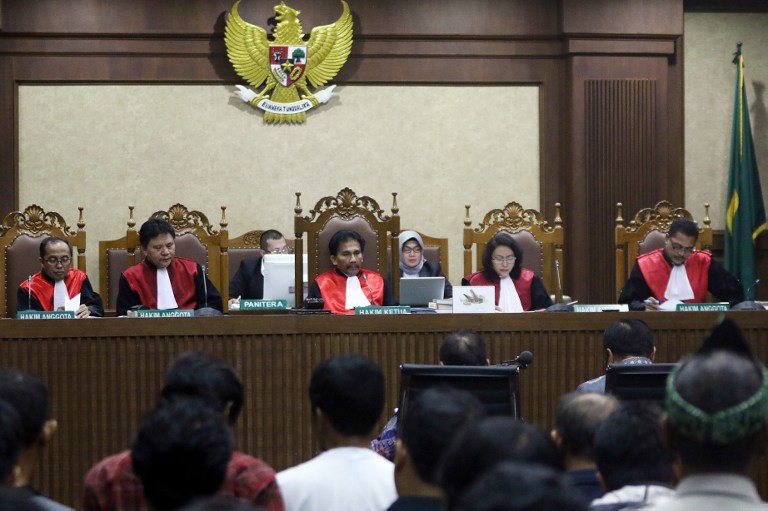 JAKARTA, Indonesia – Indonesian politicians, including the justice minister and ex-interior minister, and officials were implicated on Thursday, March 9, in a major corruption scandal estimated to have sucked about $170 million out of government coffers.

A special anti-corruption court began hearing a case that alleges huge amounts of money were siphoned off funds earmarked for a government project to issue new ID cards to the country’s 255 million inhabitants.

Even by the standards of graft-riddled Indonesia, one of the world’s most corrupt countries, the seriousness of the allegations has caused widespread shock.

One current interior ministry official and one former official from the same department were the first to go on trial Thursday at the Jakarta court over the controversy that allegedly took place from 2009 to 2015.

Parliament had agreed to allocate more than 5 trillion rupiah ($370 million) for the project but about half was allegedly embezzled and handed out to politicians and interior ministry officials, causing the state an estimated loss of $170 million, the court heard.

Several politicians named in the indictment have denied the allegations.

“This is horrendous because the allegations highlight corruption in procurement and the budgeting process in parliament,” said Tama Langkun of watchdog Indonesian Corruption Watch.