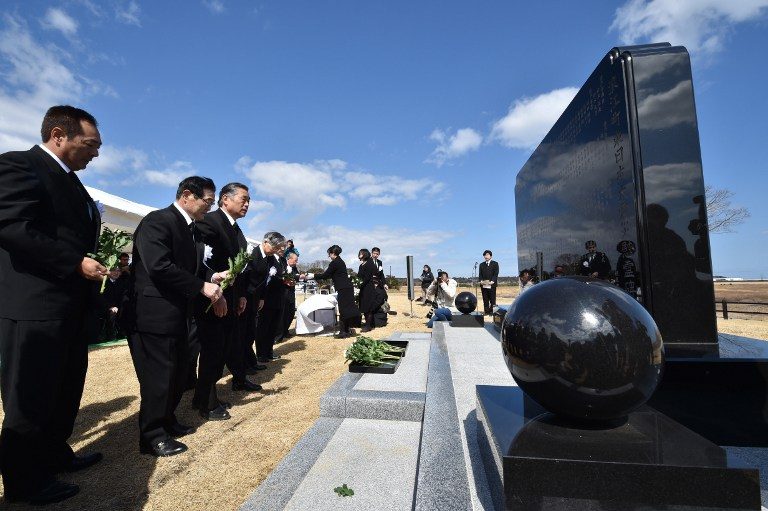 Facebook Twitter Copy URL
Copied
Numerous lawsuits have been filed in relation to various aspects of the disaster, but Friday's ruling marks the first verdict in a group lawsuit by evacuees seeking compensation from both the government and TEPCO over the catastrophe

TOKYO, Japan – A Japanese court on Friday, March 17, ruled for the first time that the government bears responsibility for the 2011 Fukushima nuclear disaster and ordered it and the plant operator to pay damages, officials and news reports said.

A massive tsunami triggered by a 9.0-magnitude earthquake smashed into the Fukushima Daiichi power plant on Japan’s northeastern coast on March 11, 2011.

The water overwhelmed reactor cooling systems and sent 3 into meltdown, spewing radiation over a wide area in Japan’s worst postwar disaster and the world’s most serious nuclear accident since Chernobyl in 1986.

More than 10,000 people who fled over radiation fears have filed various group lawsuits against the government and operator Tokyo Electric Power Company (TEPCO).

In Friday’s ruling, the Maebashi District Court, north of Tokyo, found both the government and TEPCO liable and ordered them to pay a total 38.6 million yen ($340,000) to plaintiffs, a court official told AFP, without specifying the number of plaintiffs.

Public broadcaster NHK, citing the court, reported that only 62 out of 137 participants in the case were awarded compensation as the court ruled that the decision was based on the individual situation surrounding their evacuation.

Numerous lawsuits have been filed in relation to various aspects of the disaster, but Friday’s ruling marked the first verdict in a group lawsuit by evacuees seeking compensation from both the government and TEPCO over the catastrophe, local media said.

The amount awarded, however, was far below the 1.5 billion yen the plaintiffs had sought.

But the court ruled that the disaster could have been averted if government regulators had ordered TEPCO to take preventive safety steps, Kyodo News reported.

“The government is authorised to order (TEPCO) to take such measures and it was possible to prevent the accident,” the court said, according to NHK.

TEPCO said no decision had yet been made on whether to appeal the ruling, adding that it would consider how to respond after examining the decision.

Chief Cabinet Secretary Yoshihide Suga, the government’s top spokesman, also declined to comment but said the ruling would have no impact on nuclear power policies.

Anti-nuclear sentiment runs high in Japan but the government says the country needs nuclear power and has moved to restart reactors that were shuttered in the aftermath of the disaster. – Rappler.com