Apr 30, 2017 10:15 AM PHT
Paterno Esmaquel II
Facebook Twitter Copy URL
Copied
What was already watered down in one of the first drafts, according to media reports, is further watered down in succeeding drafts 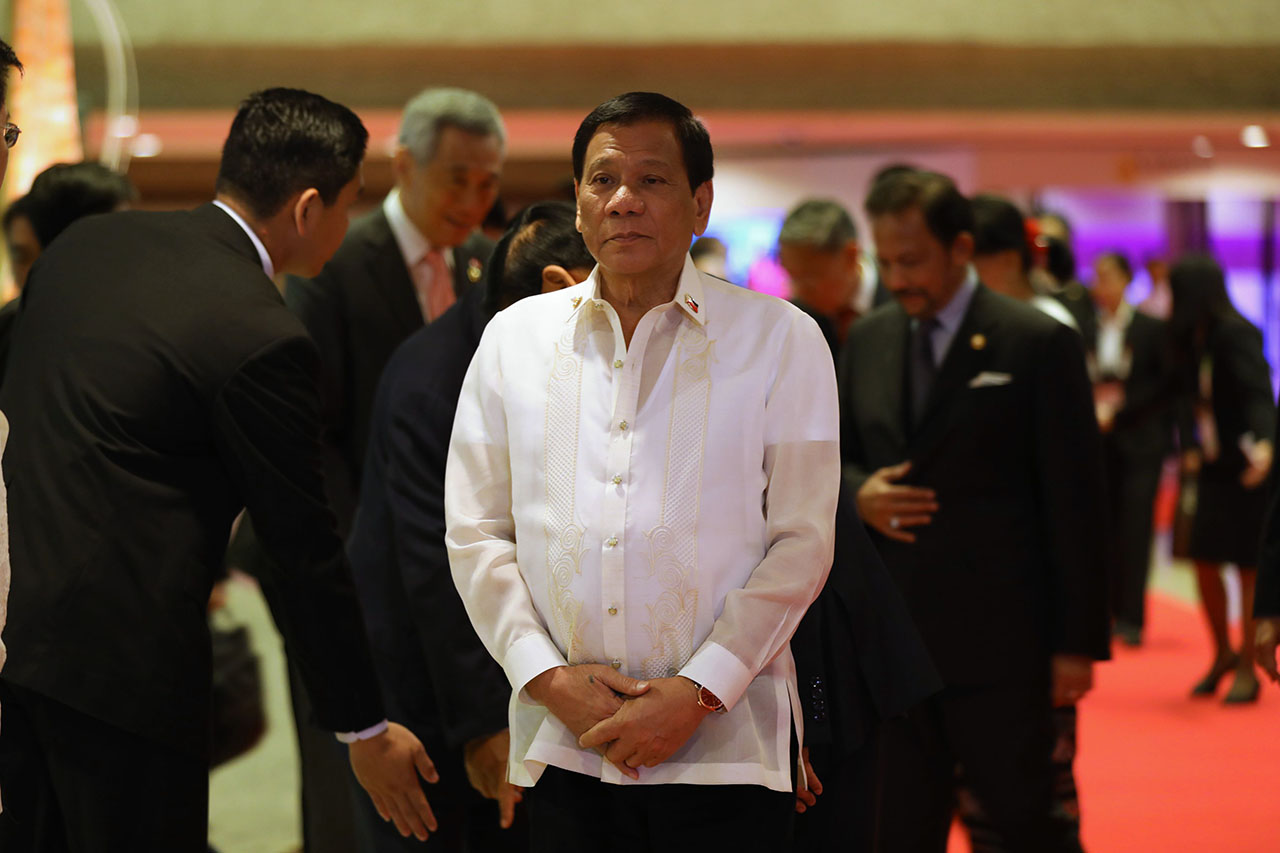 The ASEAN Chairman’s Statement on Sunday merely “took note of concerns expressed by some leaders over recent developments” in the South China Sea.

“We shared the serious concerns expressed by some leaders over recent developments and escalation of activities in the area which may further raise tensions and erode trust and confidence in the region,” a draft statement on Wednesday said.

“The draft of the Chairman’s Statement is deeply disappointing and, if not revisited, would manifest an absence of the desired leadership,” Del Rosario said as quoted by ABS-CBN News.

Later, delegates and diplomats told Agence France-Presse that China, through its ambassador to Manila, had been heavily lobbying Philippine President Rodrigo Duterte to weaken the ASEAN Chairman’s Statement further.

Duterte, who is trying to boost ties with Beijing, chaired the 30th ASEAN Summit.

‘Under too much pressure’

Diplomats said China had wanted ASEAN to remove a reference to “respect for legal and diplomatic processes,” and it was taken out of the South China Sea section of the latest draft of the chairman’s statement.

Rappler is still trying to reach the Chinese embassy in Manila for comment as of posting time.

Filipino diplomats said the phrase was important because “legal and diplomatic processes” encompassed the entire process of the filing of the case in the tribunal until its resolution.

Nevertheless, one of the most recent draft statements reintroduced a call for no further “land reclamation and militarization” of the sea.

“The lobbying is quite intense. They (China) want it further watered down,” one diplomat told Agence France-Presse.

“The Philippines is under too much pressure,” another diplomat said in a separate interview with GMA News Online.

Diplomats said the reinclusion of the reference to land reclamation and militarization meant that some ASEAN countries were not comfortable with “total acquiescence” to China.

Ahead of the summit, Duterte said the Philippines and other nations were helpless to stop Chinese artificial island building in areas they claimed, so there was no point discussing it at diplomatic events such as Saturday’s summit. (READ: Duterte stresses ‘supremacy of law’ in disputes) – with reports from Agence France-Presse/Rappler.com