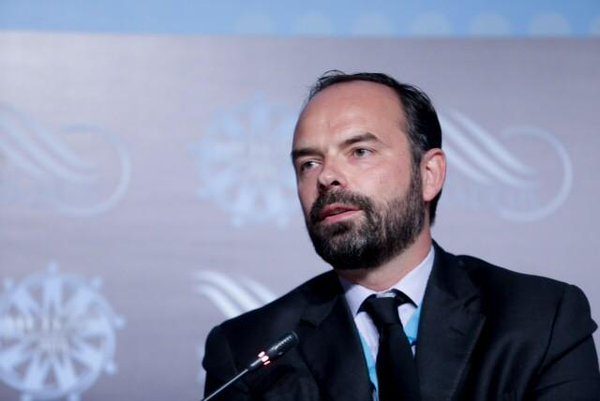 Philippe, a 46-year-old MP and mayor of the northern port of Le Havre, comes from the moderate wing of the rightwing Republicans party and is seen as a pragmatist.

His appointment was seen as a strategic move by 39-year-old Macron, a former minister in the outgoing Socialist government who is trying to woo modernisers of all stripes to his new centrist party, La Republique en Marche (Republic on the Move, REM).

France’s youngest ever president has already attracted dozens of Socialist MPs to his side, triggering a major realignment in French politics that has left the traditional parties floundering.

Like Macron, Philippe is a product of France’s elite ENA college for senior public servants and worked for a while in the private sector.

Relatively unknown outside his Le Havre fiefdom, he has already crossed the floor once in his career, defecting from the Socialists to the Republicans as a young politician.

One of Macron’s aides welcomed his appointment as “a good move”, telling Agence France-Presse it would help him “break the right”.

He heads to Berlin later Monday for talks with German Chancellor Angela Merkel on how Europe’s power couple can drive reforms of the bloc.

Mix of experience and new blood

After campaigning for Socialist prime minister Michel Rocard as a youth, he switched to the right, becoming a close ally of centre-right former prime minister Alain Juppe.

Mayor of Le Havre, his home town, since 2010, the German-speaking father of three, who writes crime novels in his spare time, was elected to parliament in 2012.

His first task will be to help Macron finalise his cabinet choices, to be announced on Tuesday.

France’s new president has said he wants a mix of experience and new blood – a balance he has attempted to achieve in his slate of candidates for the June 11-18 election.

But his year-old party faces a strong challenge from the losers of the presidential election, with the Republicans, Le Pen’s National Front, the hard-left France Insoumise (France Unbowed) and centre-left Socialists all plotting revenge.

In his first speech as president on Sunday, Macron promised to restore France’s shattered self-confidence and help rebuild the flagging European Union.

He said he wanted to convince people that France was “at the dawn of an extraordinary renaissance” and that the world and Europe “need France now more than ever”.

His visit to Merkel is in keeping with France’s presidential tradition of making Berlin the first foreign port of call.

Later this month Macron will hold talks with Donald Trump, when the US president – believed to have preferred Le Pen over Macron – visits Brussels for a NATO summit.

In Berlin, Macron will push for deeper ties in the 28-member EU to help it overcome the imminent departure of Britain.

Merkel has hailed Macron’s election win, saying he carries “the hopes of millions of French people and also many in Germany and across Europe”.

But the Frenchman’s calls for the eurozone to have its own budget have received a cool response from Germany, which fears it would be forced to pay the lion’s share.

French MEP Sylvie Goulard, an ally of Macron who also has close ties to Berlin, predicted he would avoid causing any tensions with Germany.

“There will be no arm-wrestling,” she said.

Breathing new life into the EU is just one of a host of challenges Macron faces.

On the home front, he will have to work quickly to tackle stubbornly high unemployment, combat the jihadist threat and heal divisions exposed by an often vicious election campaign.

Hollande’s five years in power were plagued by a sluggish economy and a string of terror attacks that killed more than 230 people. – Rappler.com