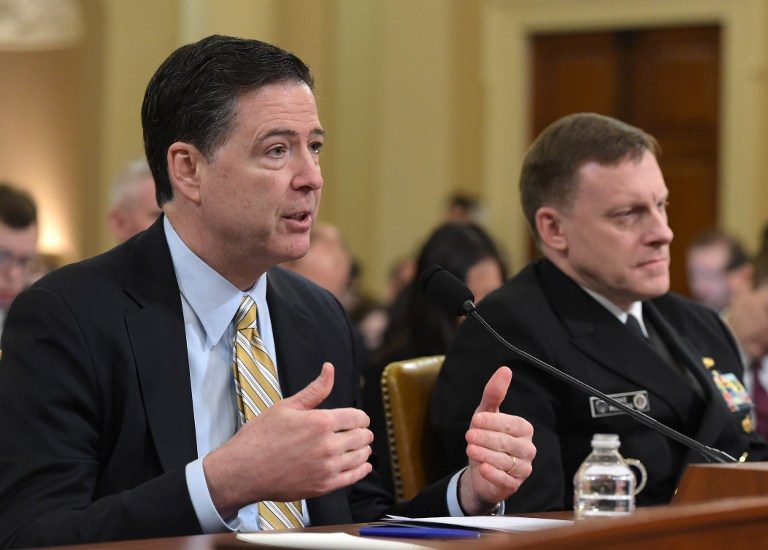 “I hope that former Director Comey’s testimony will help answer some of the questions that have arisen since Director Comey was so suddenly dismissed by the president,” the top Democrat on the Senate Intelligence Committee, Mark Warner, said in a statement.

Both Warner and the committee’s chairman, Richard Burr, indicated they were looking forward to Comey’s testimony about Russian interference in the November 8 presidential elections that saw Trump secure the White House by scoring the electoral college, though Democratic rival Hillary Clinton won the popular vote.

No date has yet been set for the open session hearing, though the statement said it would take place after the Memorial Day holiday, May 29.

The White House has been thrown into turmoil by a succession of stunning allegations against the President this week, including that he may have obstructed justice by asking Comey to drop an investigation into one of his top advisors.

On Friday, The Washington Post reported that a senior White House official was now under investigation as part of a probe over Russian efforts to tilt the elections in Trump’s favor.

And The New York Times said the United States (US) President had told top Russian officials Comey’s sacking had relieved “great pressure” on him.

Trump told Russian Foreign Minister Sergei Lavrov last week that Comey was a “nut job,” according to the Times, citing notes taken at the meeting and read to the paper by a US official.

That flies in the face of the White House’s public insistence that Comey’s dismissal was not linked to his ongoing investigation.

The President’s son-in-law Jared Kushner is among those whose contacts with the Russian government have come under scrutiny.

On Thursday, Trump declared himself the victim of the “greatest witch hunt” in American political history and denied allegations of collusion.

This is the single greatest witch hunt of a politician in American history!

“There is no collusion between certainly myself and my campaign, but I can always speak for myself, and the Russians – zero,” Trump told reporters.

The White House on Friday predicted the investigation would back up Trump’s account.

“As the president has stated before – a thorough investigation will confirm that there was no collusion between the campaign and any foreign entity,” said spokesman Sean Spicer. – Rappler.com