May 29, 2017 7:58 PM PHT
Agence France-Presse
Facebook Twitter Copy URL
Copied
Gooi Soon Seng, chief lawyer for Siti Aisyah, says police and state prosecutors have yet to give the defense the airport closed-circuit television (CCTV) footage of the assassination or the autopsy report on Kim 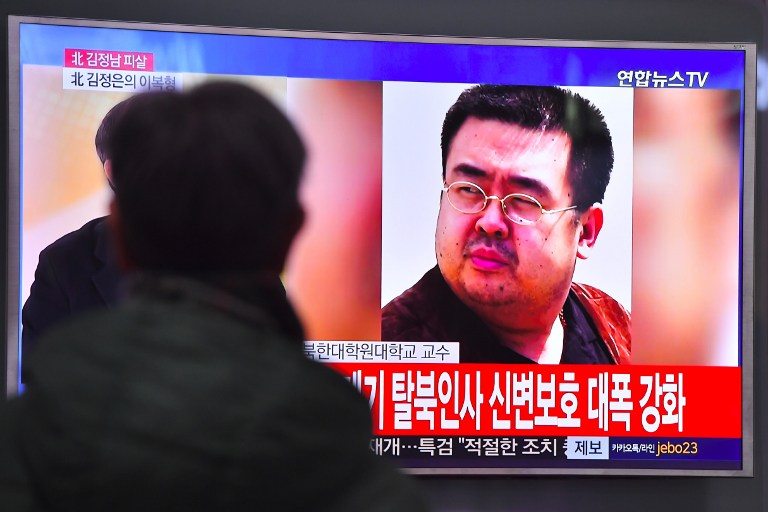 KUALA LUMPUR, Malaysia –  A lawyer for one of the two women charged with assassinating Kim Jong-Nam accused Malaysian authorities Monday, May 29, of an “unethical” failure to share documents vital to the defense.

Indonesian Siti Aisyah, 25, and Vietnamese Doan Thi Huong, 28, have been charged with the murder of Kim, the estranged half-brother of North Korean leader Kim Jong-Un, at Kuala Lumpur International Airport in February.

Police accuse them of wiping the banned nerve agent VX on Kim Jong-Nam’s face as he was about to board a flight to Macau, where he was living in exile.

South Korea accuses North Korea of masterminding the killing, a charge it denies.

Both women, who face the death penalty if convicted, are scheduled to appear Tuesday before a lower court as part of pre-trial proceedings.

They have denied the charges, saying they were duped into believing they were taking part in a stunt for a TV reality show.

Gooi Soon Seng, chief lawyer for Siti Aisyah, said police and state prosecutors have yet to give the defense the airport closed-circuit television (CCTV) footage of the assassination or the autopsy report on Kim.

“Of course this is very frustrating. I have sent so many requests and reminders but not a single reply. It is highly unethical and unfriendly,” he told AFP.

The CCTV footage and the autopsy report are important in preparing a defense, Gooi said.

Gooi is wary the prosecutors may spring a surprise.

“The right to a fair trial presupposes that material documents must be supplied at the earliest opportunity during the pre-trial period, and not on the eleventh hour before the commencement of the trial,” he said.

“Please be patient. We are obliged to serve them the documents before the trial. That is how it has been done in all other cases,” he told AFP.

“This is just another case and we adopt the same method.”

He said prosecutors on Tuesday are expected to ask for the case to be transferred to the High Court for trial at a later date.

Police are still trying to trace 4 North Koreans suspected of having taken part in the murder plot, who are believed to have returned to Pyongyang immediately after the killing.

Three other North Koreans earlier described as “persons of interest”, including a diplomat based in Malaysia, were allowed to return home under a deal to secure the release of Malaysians held in Pyongyang.

The killing sparked a diplomatic row between Malaysia and North Korea which saw both countries banning each other’s citizens from leaving and withdrawing their ambassadors.

The travel ban was lifted in late March after a deal was struck involving the return of Kim’s body to North Korea. – Rappler.com