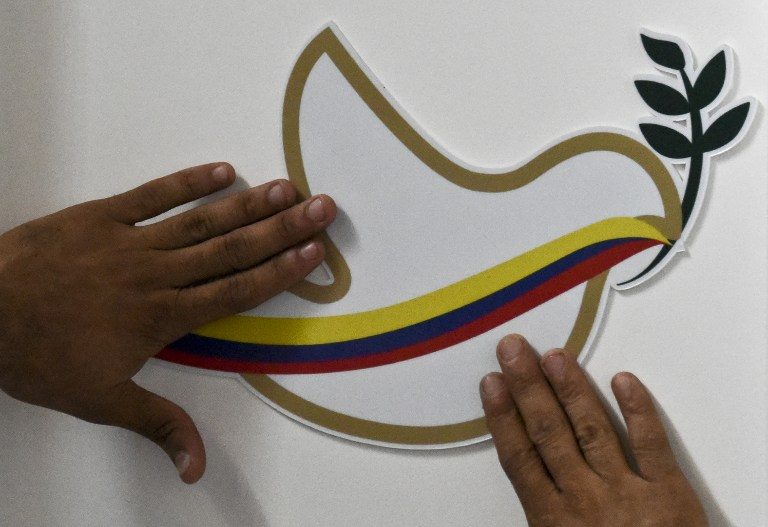 “After the government’s repeated non-compliance with the Peace Agreement (signed in November), the FARC is going to seek international monitoring,” rebel leader Rodrigo Londono, AKA Timochenko, warned on Twitter.

It was not immediately clear what the FARC rebel leader meant about international oversight, which is already part of the UN-monitored peace process even after demobilization.

Earlier, President Juan Manuel Santos said the government said would stick to its calendar. “That is our commitment and we will fulfill it,” he said. The president has called the peace process “irreversible.”

The peace deal aims to end Latin America’s longest-running civil war which has dragged on more than five decades.

Several incidents have been mentioned by the FARC as serious, including FARC doctor Jose Vasquez being detained Sunday at a roadblock in San Jose del Guaviare.

The government and the FARC, formally known as the Revolutionary Armed Forces of Colombia and the country’s biggest rebel group, reached a deal after 4 years of negotiations in the Cuban capital.

Colombian voters rejected it by a narrow margin in a referendum in October.

Santos and FARC leaders then drafted a new version of the accord and the government pushed it through Congress despite resistance from critics.

The Colombian conflict erupted in 1964, when the FARC and the ELN took up arms for rural land rights.

It drew in various rebel and paramilitary forces and drug gangs as well as state forces.

The conflict has left at least 260,000 people dead and displaced more than 7 million, according to the authorities. – Rappler.com