Should governments regulate freedom of expression? 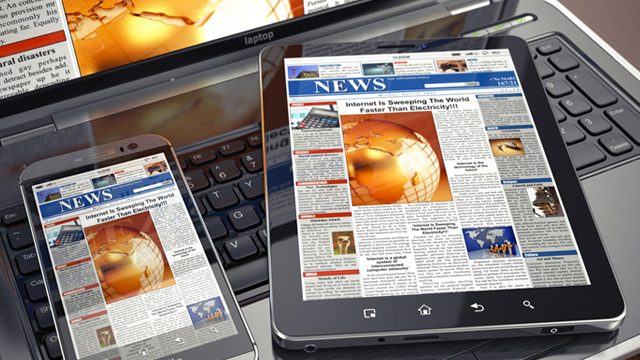 KUALA LUMPUR, Malaysia – The rise of fake news and exploitation of social media threaten democracy, analysts and politicians agreed at a conference about democracy in Southeast Asia.

But they disagreed on how to best handle it.

While representatives from government, civil society, and the academe praised the role of social media in strengthening democracies – such as citizen engagement and the quick spread of information – they also raised concerns about its downsides.

Former Indonesian president Susilo Bambang Yudhoyono said the rise of fake news is a challenge that needs to be addressed.

“Yes, lies and fabrications have always been part of politics. But information technology and social media made this rise to new levels,” he said on Saturday, September 2.

“This is not something that will go away any time soon. This problem of fake news will reduce the quality of our politics and our democracy.”  (READ: CBCP guide lists websites peddling fake news)

“While social media facilitates political participation, its requirements for speed and quickly digestible information may not always be appropriate for enabling long-term democratic processes and a nuanced debate on democracy,” he said.

Because of this, Paul Low Seng Kuan, minister in the Malaysian Prime Minister’s Department, said the Malaysian government has taken it upon itself to regulate social media, which “can be abused by politics of hate, condemnation and fake news.”

“Social media makes everyone a journalist,” he said. “But not everyone can discern what is true and what is not true.”

Because of this, he said Malaysia is “strict on hate speech and speech that provokes violence, lies, and creates rumors.”

“There are boundaries set for freedom of expression,” he said. (READ: Duterte oks higher fines for fake news)

“We hope the public will be more discerning and there is more responsible journalism. Democracy in the future can be determined by perception. And if you’re being shaped in the wrong way, I believe you will exercise in the wrong way.”

Low also defended the government’s regulation of freedom of expression because the country has certain “sensitivities and immaturities,” and said that it must be taken in this context.

But what happens when government uses that regulatory role to its advantage?

The Malaysian government has been criticized by rights groups for using its Communications and Multimedia Act 1998 (CMA) to silence news groups and online critics of the government, the monarchy, and national leaders.

In the Philippines, repeated threats against critics of the government and news groups – echoed by the President – have also raised concerns over a worrisome trend that threatens press freedom.

Asked about increasing concern in the Philippines of the government silencing dissent, Low conceded political leaders should also be cautious of what they say.

“But then again people who make those expressions including politicians, must take responsibility that if you make an accusation, or express an opinion, it must be an opinion that deals with the truth or benefits the public,” he said.

“This issue is something that young democracies like Malaysia and the Philippines would like to deal with.”

But Leterme told Rappler that regulation is not necessarily the answer.

“Strong and stable democracies can live and expects criticism. Of course freedom of expression should go together with a framework to avoid extremism, fake news and so on, but in the long run it is no solution just to silence civil society and journalists. It is more a sign of weakness.”

“The role of a free press is central to democracy,” he said. “The debate on democracy is cutting edge in Southeast Asia, and media has to be part of that debate.”

“For governance to quench criticism early, while there may be a reaction to restrict media space, what we find is opening media space is a lot more efficient because transparency is a powerful tool.” – Rappler.com