ASEAN legislators set aside resolution on Rohingya as Myanmar objects 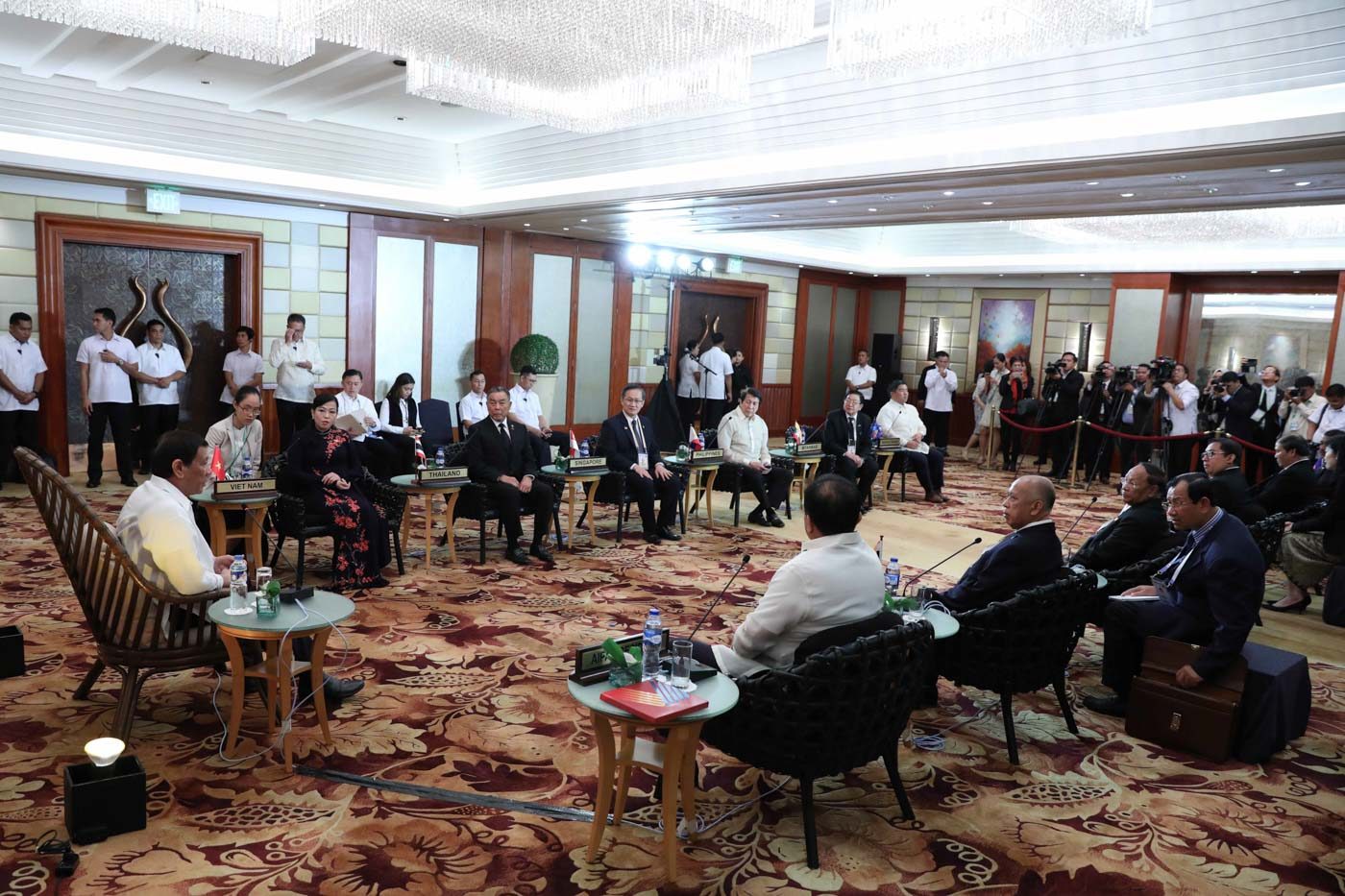 Facebook Twitter Copy URL
Copied
Indonesia has asked parties to 'respect the rule of law, exercise maximum self- restraint, and stop the ongoing violence against the Rohingya in Rakhine State'

MANILA, Philippines – Citing the need for all decisions to have complete consensus, an organization of lawmakers from all over the Southeast Asia failed to come up with a stand on Myanmar’s Rohingya crisis cat the close of their assembly here on Tuesday, September 19.

The objection to an Association of Southeast Asian Nations Inter-Parliamentary Assembly (AIPA) position came from Myanmar.

“Based on the rules of AIPA, every decision to be made must have consensus [and] there was an objection on the part of Myanmar,” said Philippine legislator Ferdinand Hernandez, chairman for the AIPA joint communiqué committee.

According to the joint communiqué, which was signed by representatives from all 10 ASEAN members, “Indonesia expressed concern over the humanitarian crisis in the region and urged all parties to respect the rule of law, exercise maximum self- restraint, and stop the ongoing violence against the Rohingya in Rakhine State.”

It added: “Based upon the ASEAN spirit of solidarity and unity, Indonesia supports the effort of the Government and Parliament of Myanmar to restore peace and stability, and provide security and assistance to all those in need irrespective of ethnicity, race, religion and belief. Further, Indonesia encouraged Myanmar to implement the recommendations of the UN Advisory Commission on Rakhine State as well as to open their country to humanitarian assistance and to be observant of international humanitarian law in addressing the refugee crisis.”

During the gathering, Myanmar had also informed plenary that State Counsellor Aung San Suu Kyi would be making a State of the Nation Address on September 19. Addressing the international community, Suu Kyi said she did not fear global scrutiny over the crisis and pledged to hold rights violators to account. She also promised to resettle some 410,000 Muslims.

The United Nations had earlier called the crisis in Rakhine state “ethnic cleansing.” Suu Kyi, a Nobel peace laureate, however, did not give solutions to the crisis and did not blame the military for the operations in Rakhine.

AIPA Secretary-General Isra Sunthornvut, who is from Thailand, noted that “there was heated debate, like how parliamentarians work.”

“All member states’ legislators were equally concerned. We will do what needs to be done and convene on the matter; consider it [for resolution]. We just find it appropriate at this stage, especially that the State Counselor [Suu Kyi] already spoke about it, the we give Myanmar the space and time to resolve it,” said Deputy Speaker Lim Biow Chuan from the Singaporean Parliament.

“Each member state expressed our deep concern for the situation,” noted Dakila Cua, a Philippine legislator.

Still, since Myanmar objected, the resolution introduced by Indonesia was left out of the agenda.

The AIPA is a 30-year-old organization through which legislators from all over the region formally meet. Resolutions and decisions from AIPA ideally set the agenda for local legislation of member countries. – Rappler.com