Half of Cambodia’s opposition have fled crackdown, MP says 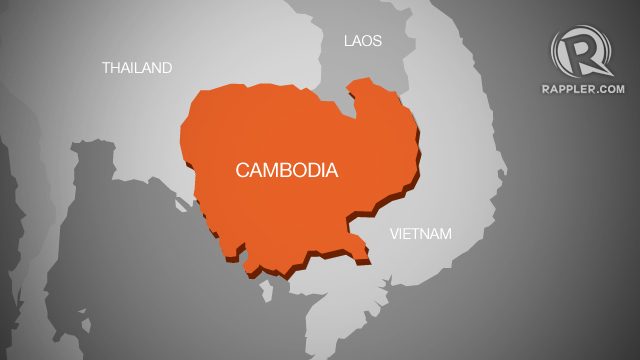 PHNOM PENH, Cambodia – Nearly half of Cambodia’s opposition parliamentarians have fled abroad in the past month to escape a government crackdown that has battered their party with legal cases, an MP said on Wednesday, October 4.

The exodus further imperils the prospects of a party that poses the only viable challenge to premier Hun Sen in next year’s national poll.

The strongman has smothered dissent in the lead-up to the election and is accused of picking off his critics through a series of dubious court cases.

The crackdown was ramped up last month when opposition leader Kem Sokha was thrown into a remote jail on treason charges, a dramatic arrest that sent fear rippling through the embattled opposition movement.

Since then, more than 20 opposition politicians have fled the country, MP Mao Monyvann said of his Cambodia National Rescue Party (CNRP), which has 55 members of parliament.

“Now there are only a few more than 10 (MPs) still in the country,” he told the Agence France-Presse, with others having fled before Kem Sokha’s arrest.

Many have left for the US or European countries where they have family or dual citizenship.

Mu Sochua, an outspoken deputy of Kem Sokha, was the latest to bolt on Tuesday, a day after Hun Sen said there would be no let-up in his crackdown.

“After (receiving a) warning, she decided to leave the country,” Mao Monyvann said, adding that a government official had informed Mu Sochua about her possible arrest.

Human Rights Watch’s Phil Robertson said the departure of MPs raises the spectre of the “death of Cambodian democracy” at the hands of Hun Sen.

“Hun Sen wants to run in a 2018 election in which he will not face any meaningful opposition,” said HRW’s Deputy Asia Director. “It looks like he plans to use intimidation and fear to triumph before the votes are even cast.”

In a message sent through his lawyers, Kem Sokha on Monday denied the treason charge as “total slander”, a view echoed by the US and other democratic countries which have called for his immediate release.

Hun Sen has accused Washington of involvement in Kem Sokha’s “secret plan” with foreign entities to overthrow the government  — an allegation rejected as “absurd” by the US Ambassador, who warned that elections would not be free or fair in the current climate.

Hun Sen has held power for 32 years in the impoverished democracy, using a mix of political guile and hard power to undermine his rivals and secure the loyalty of the bureaucracy, judicial system and security forces.

But his popularity slipped in a 2013 election and he has since moved to silence critics in politics, the media and NGOs.

Last week the UN’s human rights envoy to Cambodia warned the country was “moving inexorably towards a precipice”. – Rappler.com