Paris wants to phase out diesel cars by 2024 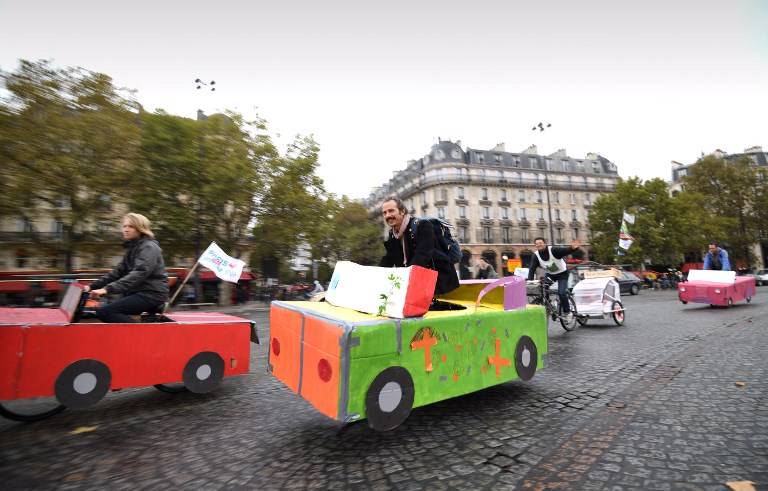 PARIS, France – Paris city authorities said Thursday, October 12, they aimed to phase out the use of diesel cars by the time the French capital hosts the Olympics in 2024, and petrol cars by 2030.

Mayor Anne Hidalgo’s office said the goals – which are more ambitious time-wise than a government plan to end sales of petrol and diesel vehicles by 2040 – would be included in a new Paris climate plan.

Hidalgo, a Socialist, has been on a crusade to banish the veil of smog that periodically shrouds the French capital by giving more space to cyclists, pedestrians and public transport.

She has infuriated motorists by banning vehicles from a busy 3-kilometer (two-mile) stretch of a major road running along the right bank of the Seine river between the Louvre Museum and Bastille.

A study carried out by an air quality monitoring group said Monday the move had had a limited impact on air quality.

The City of Paris – where a landmark global deal on curbing emissions was hammered out in 2015 – said it aimed to make the capital carbon-neutral “in the medium- to long-term.”

In July, it announced plans to have only electric or hybrid vehicles on sale after 2040.

City Hall said that phasing out all petrol and diesel cars by 2030 would help the government reach its objective, but stressed that it does not intend to ban vehicles.

“If we want to achieve it, we need to get out of petrol and diesel several years beforehand in urban areas, particularly in big cities,” the city said. – Rappler.com