U.S. House approves $36B for disasters including Puerto Rico 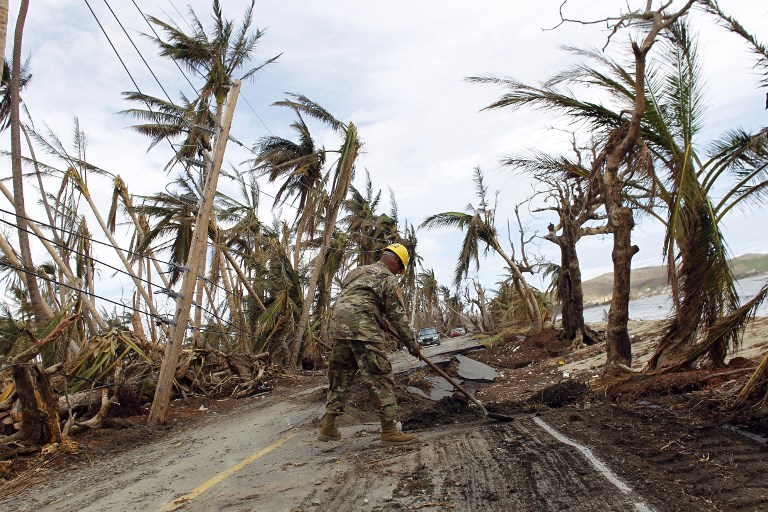 WASHINGTON DC, USA – The US House of Representatives on Thursday, October 12, easily approved a $36.5 billion disaster relief package for hurricane-affected communities like Puerto Rico, and for areas devastated by wildfires including those in California.

The measure outlining “supplemental” disaster spending passed 353 to 69, with all votes in opposition coming from President Donald Trump’s Republican Party.

The bill now heads to the Senate, which could take up the emergency aid as early as next week.

An additional $1.27 billion is set aside for food assistance for Puerto Rico.

An immediate concern will be increasing aid to the US territory, still reeling 3 weeks after Hurricane Maria battered the island, leaving at least 44 people dead and cutting power and running water to much of its population.

“We need to stand with the people of Puerto Rico as they work to rebuild their communities,” said House Speaker Paul Ryan, who is scheduled to visit Friday, October 13, and see the damage first-hand.

“People are really hurting in these disaster areas, whether it’s victims of the wildfires in California that we’re seeing on the news today, or people rebuilding from Hurricanes Harvey, Irma, Maria, and Nate.”

The aid package comes on top of $15 billion approved last month after hurricanes slammed Texas and Florida. Tens of billions of dollars more is likely to be requested and appropriated.

The flow of emergency money has concerned some conservatives, who say Washington should do a better job of budgeting for catastrophes – by using spending cuts to pay for the disaster funding.

“Perhaps most important, Congress should pay for these emergency packages by cutting spending in other areas that are less of a priority.”

House passage of the aid package came hours after Trump tweeted, “We cannot keep FEMA, the Military & the First Responders, who have been amazing (under the most difficult circumstances) in P.R. forever!”

The post drew rebukes from Democrats angry that the president would threaten to withdraw federal support for a US territory of 3.4 million people. – Rappler.com