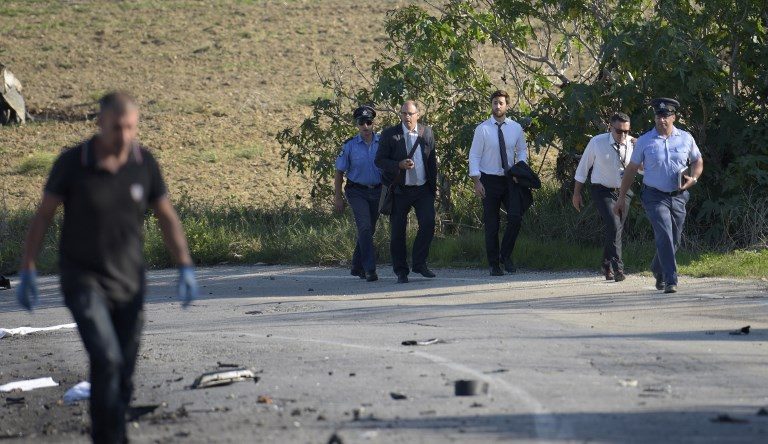 Crowds packed the roads of Malta’s capital Valletta as the “national demonstration for justice” began in honor of Caruana Galizia, killed in a car bombing last Monday, October 16.

Initial shock at the slaughter of a woman whose work probed the murky corners of Maltese politics, rattling the government and opposition alike, has since given way to demands for a united front for justice.

President Marie-Louise Coleiro Preca led local dignitaries at a rally organized by civic groups who urged participants to turn up with Maltese flags but no emblems of party political loyalty.

In addition, no lawmakers were to be allowed an opportunity to make an address.

Banners waved aloft as the marchers converged on the City Gate, Valletta’s main entrance, bearing slogans such as “Journalists will not be reduced to silence,” “We are not afraid,” and “Crooks are everywhere.”

Although citizens mourning the murder have called for Malta’s deeply-ingrained tribal politics to be laid aside to enable to the shaken island nation to heal its wounds, some were quick to berate the political class over the killing.

“The authorities have blood on their hands. We can’t keep on living in a country like this,” one demonstrator, Francesca Aquilina, told Agence France-Presse.

“We are angry this has happened to Daphne but it could happen to anybody,” she insisted.

“Someone has to take responsibility for what has happened,” he said.

Caruana Galizia, 53, was often described as a “one-woman Wikileaks” for unflinchingly bringing political dirt to the surface with dogged research into alleged financial corruption by Prime Minister Joseph Muscat’s inner circle, largely based on the Panama Papers leak.

But she also delved into the dealings of Adrian Delia, the new leader of the opposition Nationalist Party.

The government says it will leave no stone unturned in bringing the killers and their masters to justice, offering a one-million-euro ($1.2-million) reward for information.

A government statement Saturday, October 21, indicated “justice must be done, whatever the cost.”

Many of Sunday’s marchers paid their respects to Caruana Galizia at a makeshift shrine outside Valletta’s Palace of Justice. As they did so, tourists mingled, some taking pictures of the floral tributes.

“Seeing this demonstration makes us realize what struggles have been undergone to preserve democracy,” said Geraldine Spiteri, a lawyer, lamenting that many Maltese tend to “politicize everything.”

Maltese politics has seen longstanding polarization between two camps – the Labour Party, in office since 2013 – and the centre right Nationalists.

Family loyalty often determines party allegiances and campaigning can take the form of chewing the political fat with close allies invited to join a family meal.

To that extent, the killing of Caruana Galizia initially stoked up party political wrangling.

Muscat admitted in midweek Caruana Galizia was his “biggest adversary” but noted she had also targeted his rival, Delia, whom she had accused of having an offshore account in the Channel Island of Jersey.

Carmelo Pace, a 74-year-old avid reader of Caruana Galizia’s blog and declaring himself a Nationalist Party voter, accused politicians of all stripes of shedding “crocodile tears” over her death.

Kurt Sansone, editor in chief of Malta Today, said the country must rise above political rivalries.

“Polarization is an obstacle to the necessary reinforcing of our institutions,” Sansone said, adding that “the country needs to turn the page to move forward.”

Many young Maltese took to internet forums to share in many cases fatalist feelings on the killing and ponder the consequences for politics in their country.

Robert Napier, president of the University of Malta’s student council said their voice should be heard.

“Never mind how far people are willing to go, nothing should keep our students quiet – they are after all tomorrow’s leaders,” Napier said. – Rappler.com