More than 73,000 Puerto Ricans flee for Florida after Hurricane Maria 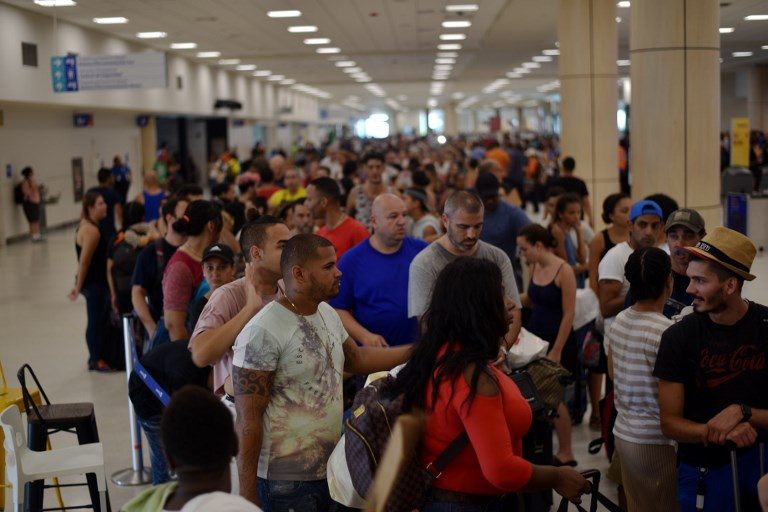 Facebook Twitter Copy URL
Copied
The governor also reports that Florida schools have registered more than 3,500 students displaced from Puerto Rico and the US Virgin Islands, also affected by the hurricane

MIAMI, USA – More than 73,000 people have fled emergency conditions at home for Florida since Hurricane Maria devastated the US territory in the Caribbean.

The island of about 3.4 million was ravaged by the megastorm and a majority are still without electricity, while others in isolated areas are continue to await services and help.

The hurricane hit the island September 20, but Puerto Rican arrivals in Florida are being recorded from October 3, a spokesman for Florida Governor Rick Scott told Agence France-Presse.

That is because Florida was declared on that date to be in a state of emergency, to be able to respond to the expected migration impact.

Thanks to the emergency declaration, the state opened disaster relief centers at two airports and the port, which have since served 15,000 people.

In the relief centers, hurricane migrants from Puerto Rico can access help provided by the federal emergency management agency (FEMA), as well as state agencies for children and families, transportation, health as well as Red Cross services.

Puerto Rico is an American territory and Puerto Ricans have US citizenship.

In his statement, the governor also reported that Florida schools have registered more than 3,500 students displaced from Puerto Rico and the US Virgin Islands, also affected by the hurricane.

The situation on the island is still precarious. As of Wednesday, October 25, 75% of customers were still without electricity and clean water is still scarce in many areas.

The island’s financial crisis had already driven a huge number of Puerto Ricans off the island.

Of the 5 million Puerto Ricans living in the continental United States, one million reside in Florida. – Rappler.com