Meet the spouses of the ASEAN leaders MANILA, Philippines – The Philippines will host not only country leaders but also their spouses during the 31st Association of Southeast Asian Nations (ASEAN) Summit this week.

On Monday, November 13, spouses of leaders will attend a guided tour of the National Commission for Culture and the Arts’ “ASEAN at 50: Power as Flow” at the Cultural Center of the Philippines (CCP) Little Theater. The exhibition will showcase artifacts, images, and texts featuring the history of people from Southeast Asia.

After the exhibition, the spouses will get to enjoy a 4-course Filipino meal during a luncheon at Manila Hotel.

Here, Rappler places the spotlight on some of the spouses of the ASEAN leaders, from Brunei’s Queen Saleha to Philippine President Rodrigo Duterte’s long-time partner, Honeylet Avanceña. The two, who are cousins, were married in 1965 and have 6 children. Bolkiah had two other wives aside from Queen Saleha – Mariam Aziz and Azrinaz Mazhar Hakim, both of whom he divorced in 2003 and 2010, respectively.

Queen Saleha, who is married to one of the wealthiest world leaders, often wears tiaras with her hijab. Reports say that in 2013, Saleha gifted former US First Lady Michelle Obama jewelry worth $71,468. 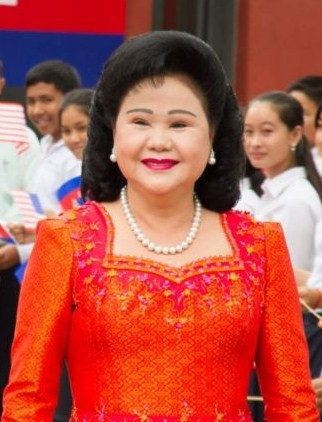 Bun Rany is a nurse and a humanitarian who is currently the president of the Cambodian Red Cross (CRC), a position she has held since 1998. She has received recognition from the United Nations and at least 4 honorary doctoral degrees from universities for her work in raising awareness for HIV/AIDS, and pushing for the rights of women, and welfare of the poor.

Rany was formerly linked with the Khmer Rouge where she served as a director of one of the movement’s hospitals. She met Hun Sen in 1974 who then lead the troops that were treated in that hospital.

When the Khmer Rouge initiated a purge among its ranks, Sen went to Vietnam to join a force that sought to overthrow the communists. Rany was imprisoned in Cambodia and was only freed when the Vietnamese invaded Cambodia and assigning Sen as Deputy Prime Minister.

Rany’s humanitarian work began with the orphans left due to the Khmer Rouge’s infamous Cambodian genocide. 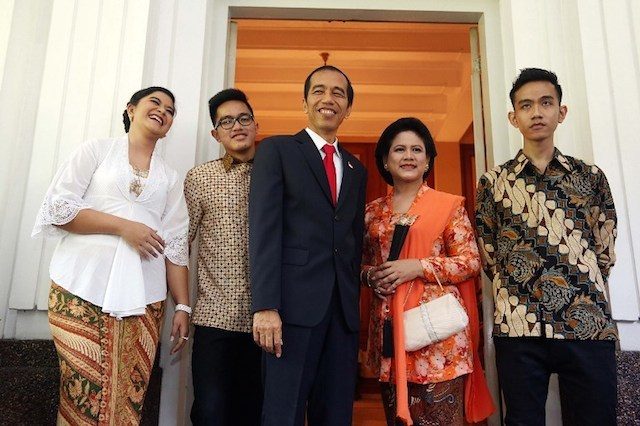 Iriana Joko Widodo is the wife of Indonesian President Joko “Jokowi” Widodo. Iriana met her husband through his younger sister, and the two married in 1986. They have 3 children.

Iriana was part of the Family Welfare Movement – a woman’s rights organization – for Jakarta while his husband was still governor of Indonesia’s capital city.

Like her husband, Iriana dresses and lives simply, foregoing designer clothes and fancy handbags for plain shirts and trousers. In fact, most of her dresses are reportedly from Tanah Abang, a major textile market  in Jakarta. In 2014, she and Jokowi flew to Singapore on economy class tickets to attend their son’s graduation.

While Iriana herself doesn’t consider her husband “romantic,” there are reports that say many people describe them as an “easy and warm couple.” Iriana is also very attentive to her husband. During a public event last September, for example, Iriana was caught on video trying her best to catch her husband’s attention just to tell him he is delivering a speech with unruly hair. Datin Paduka Seri Rosmah Mansor (Rosmah Mansor) believes she was “destined to marry” Najib Razak, the prime minister of Malaysia. The couple married in 1987 and have two children. Rosmah is Najib’s second wife.

After getting her master’s degree in Sociology and Agriculture Extension from Louisiana State University in 1978, Rosmah worked at Agriculture Bank Malaysia until 1983. She then served at Island and Peninsular Berhad as a business development manager until 1987.

She later became a full-time politician’s wife, and her advocacies include children’s welfare, women empowerment and gender equality.

But Rosmah Mansor is a controversial figure in Malaysia, and critics portray her as out of touch with ordinary citizens struggling to make ends meet. This year alone, Rosmah was linked to $30-million worth of jewelry bought with 1Malaysia Development Berhad-related funds.

Her husband has been under fire for allegations that the Malaysian leader embezzled with his family and associates billions of dollars from a sovereign wealth fund. (READ: A year after 1MDB: Malaysian premier takes hardline turn) Honeylet Avanceña was the beauty queen that caught the eyes of then Mayor Rodrigo Duterte during a function of the Mutya ng Dabaw (Davao’s Muse) pageant in 1988.

She has since been Duterte’s partner after his annulment with his first wife Elizabeth Zimmerman in 2000. The 47-year-old businesswoman is mother to Duterte’s youngest child Veronica, known to many as “Kitty.”

Avanceña owns 11 Mister Donut franchises in Davao City, and has a business that supplies meat to local malls. Prior to giving birth to her daughter, she also worked as a nurse in the United States. Ho Ching has made a name for herself despite being a wife of a high-profile global leader. She has been part of Forbes’ 100 Most Powerful Woman in the world, holding the 28th spot for the year 2017.

She is currently the CEO of the state-owned investment firm Temasek Holdings.

According to Forbes, Ho’s “global hunt for innovation” made her “revive Temasek Holdings from one of its worst-performing years.” The firm has now built a $202 billion portfolio.

Ho also founded and chairs the charity organization Trailblazer Foundation Limited, which supports the sectors of education, sports, health and other capacity-building programs.

The First Lady is the second wife of Lee Hsien Loong, son of Singapore’s founder Lee Kwan Yew. The couple met when Ho started working for the Ministry of Defense. Naraporn Chan-ocha is the wife of Thailand Prime Minister Prayuth Chan-o-cha. The two met when Prayuth took a short English course at the Chulalongkorn University. The couple married in 1984 and have twin daughters.

A former associate professor at Chulalongkorn University’s Language Institute, Naraporn left her job in 2010 – when her husband was named head of the army – to serve as president of the Thai Army Wives Association.

In an interview, Naraporn said she’s also in charge of her husband’s clothes, make-up, and haircut.

“I prefer English-style suits since they are of high class,” she said, as quoted in the Asia Sentinel. “My husband is dressed in the English style. I have my husband’s shoes made with Church, a famous British brand. But his suits are usually tailored at Broadway.”