Trudeau checked out the COMET 3 electric jeepney parked in front of The Peninsula Manila hotel on Monday, November 13. The world leader is currently in Manila to participate in the 31st Association of Southeast Asian Nations (ASEAN) Summit and Related Summits.

He was joined by Canadian Ambassador to the Philippines John Holmes, Philippine Transportation Secretary Arthur Tugade, and representatives from the Canadian and Filipino companies who manufactured the e-jeepney. 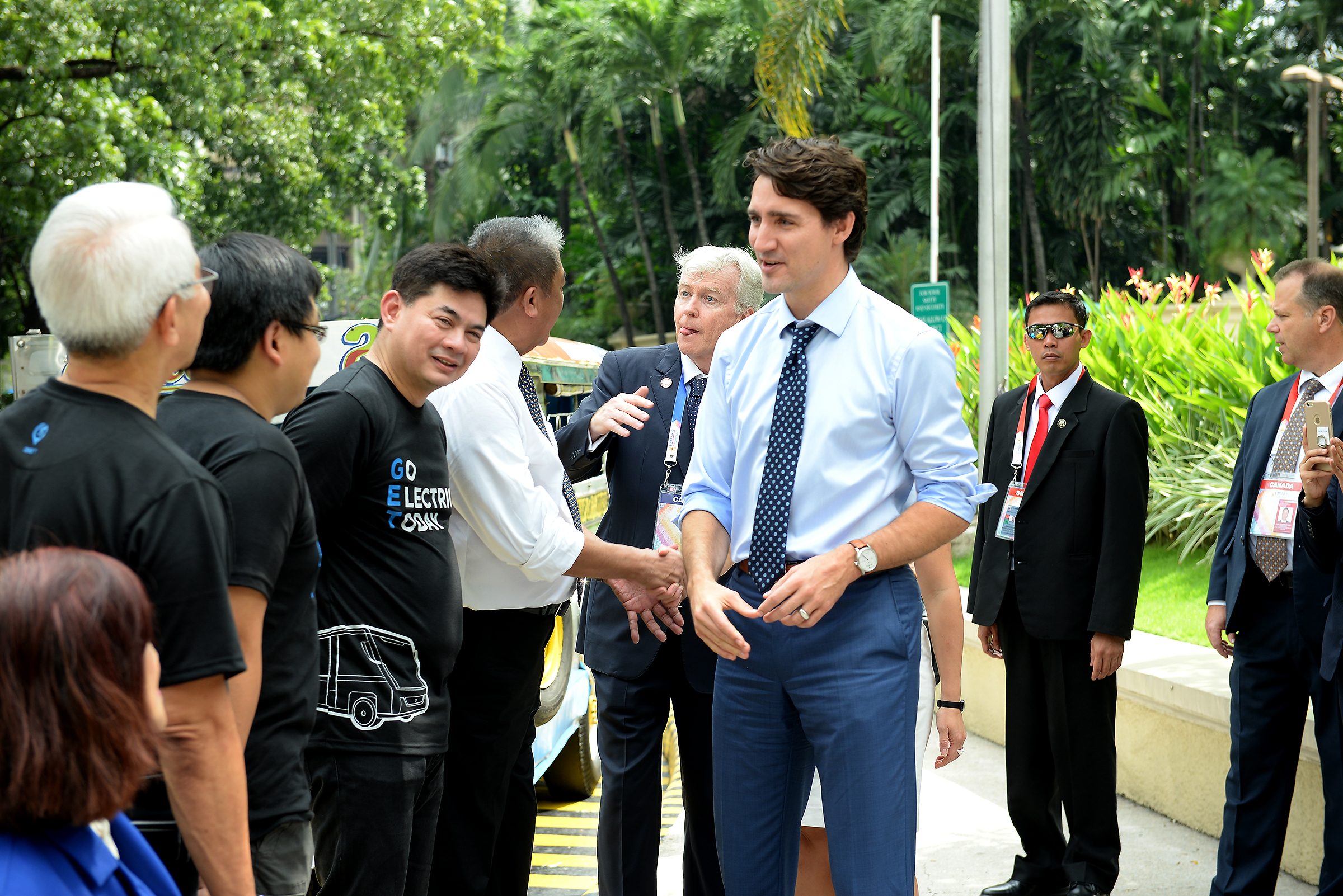 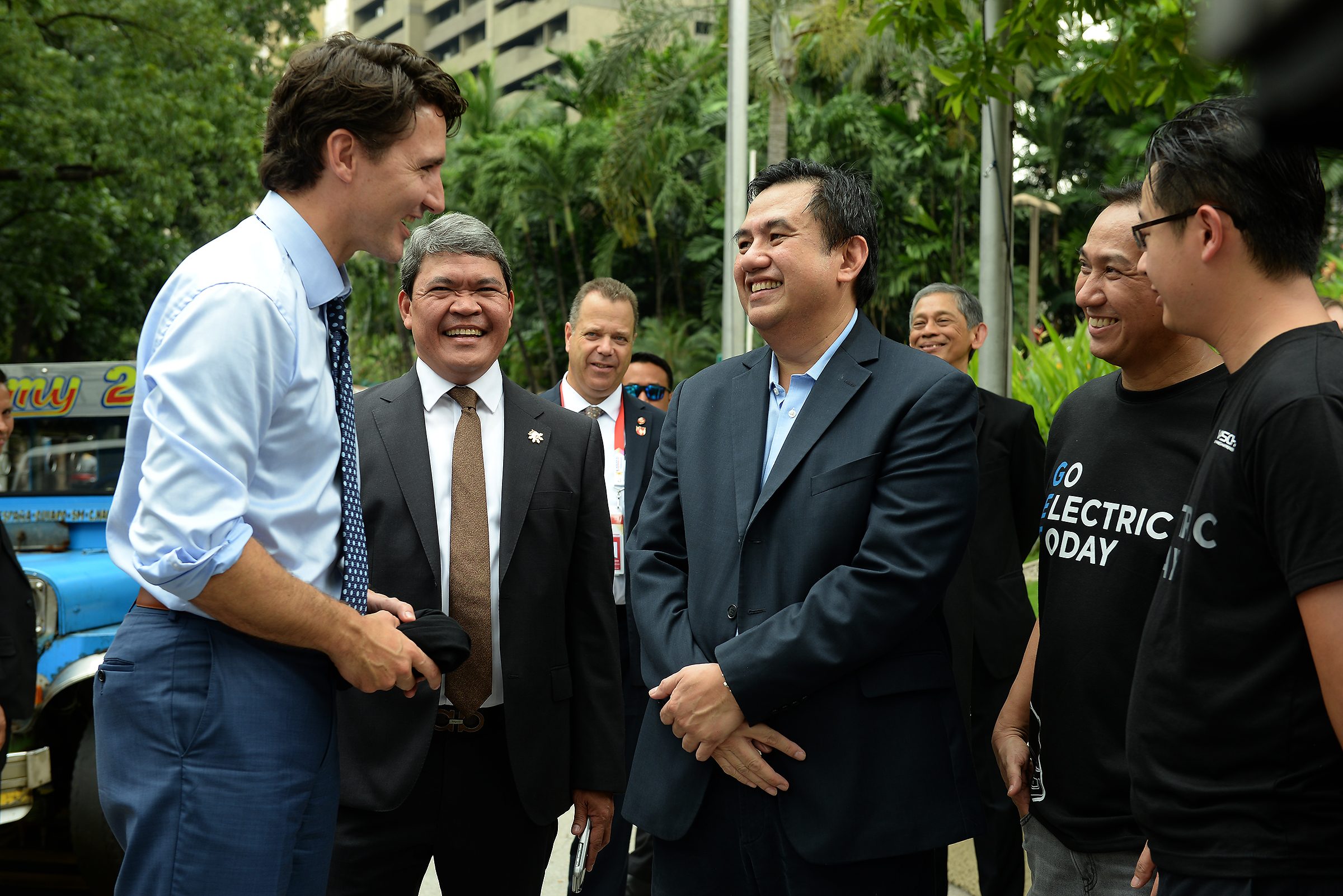 The COMET 3 is the product of Valsch Dynamic Mechatronics, a Canadian design and engineering team based in Vancouver, and Global Electric Transport (GET) Philippines, a Filipino innovative mobility solution company.

Prototype models of the COMET e-jeepneys were first launched in Quezon City in 2014. Now, GET Philippines and Valsch are eyeing to mass produce in 2018 and send out some 5,000 e-jeepneys to Philippine roads by 2020. But early this year, when the Canadian leader faced oil and gas executives in Texas, he announced his support for pipeline projects linking Alberta’s oil sands to British Columbia and the United States Midwest. (READ: 4 hard truths about Justin Trudeau)

“No country would find 173 billion barrels of oil in the ground and just leave them there,” said Trudeau. – Rappler.com