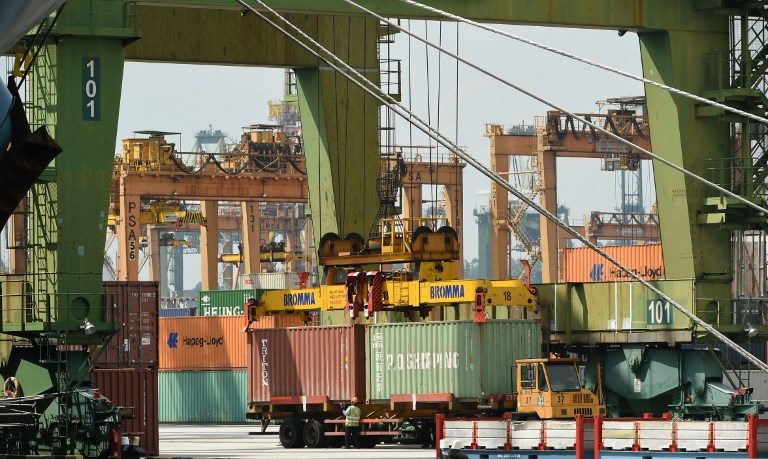 A circular by Singapore Customs on its website banned “all commercially traded goods… from or to the Democratic People’s Republic of Korea (DPRK), regardless of whether they are imported, exported, transshiped or brought in transit through Singapore” with effect from November 8.

The United States is leading a drive at the UN Security Council to impose two recent sets of sanctions on North Korea to punish Pyongyang over its nuclear and missile tests.

Singapore Customs sent the notice to traders and agents on Tuesday, November 14.

It warned violators they can be fined up to Sg$100,000 ($74,000) or three times the value of the goods traded, or suffer a jail term of up to two years, or suffer both penalties, for the first offense.

Repeat violators will be subject to stiffer penalties.

The North carried out its sixth nuclear test – and most powerful to date – on September 3, sparking international outrage and a fresh round of sanctions.

International powers hope that economic sanctions will deprive the North of the resources it needs to pursue its nuclear program and pressure it into negotiating.

“I think it is a matter of time when most Southeast Asian countries would do the same, so it is especially appropriate that Singapore as the region’s major trading power takes the lead,” Oh Ei Sun, a senior fellow at the S. Rajaratnam School of International Studies in Singapore, told Agence France-Presse.

He said that on top of Pyongyang’s repeated nuclear tests, the assassination of Kim Jong-Nam, North Korean leader Kim Jong-Un’s half brother, in Malaysia last February also “stiffened the resolve of the Southeast Asian countries to sever substantial ties with North Korea”.

Kim Jong-Nam, who was estranged from the leader, was about to board a plane from Kuala Lumpur’s international airport when assassins poisoned him with the banned nerve agent VX, according to Malaysian officials. He died minutes later.

The murder sparked a furious row between North Korea and Malaysia, with the South blaming Pyongyang for ordering the killing. North Korea has denied the allegation.

Singapore has a standing advisory on citizens against non-essential travel to North Korea. With effect from October last year, Singapore also required North Koreans to have visas before traveling to the city-state.

North Korea has an embassy in Singapore but the latter has no representation in Pyongyang. – Rappler.com