Dec 18, 2017 4:14 PM PHT
Agence France-Presse
Facebook Twitter Copy URL
Copied
The group were among at least 141 men detained during a raid on a building that houses a sauna and a gym in the capital Jakarta in May 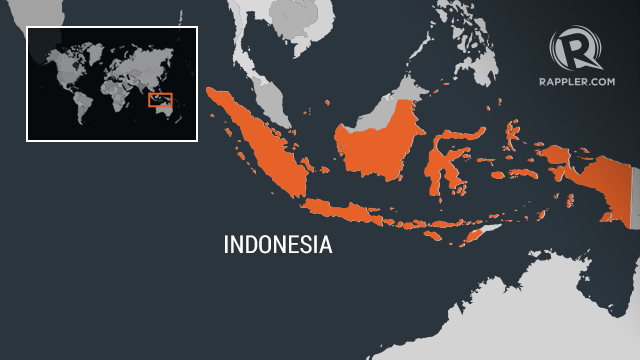 JAKARTA, Indonesia – An Indonesian court has sentenced 10 men to two years in prison for taking part in a gay sex party at a sauna, court documents show.

The group were among at least 141 men detained during a raid on a building that houses a sauna and a gym in the capital Jakarta in May.

While most were released, ten were charged and found guilty last Thursday, December 14, of violating the country’s controversial 2008 anti-pornography law.

“(The defendants) have been proven guilty beyond reasonable doubt of displaying nudity and sexual exploitation collectively in public,” said the documents, which have been reviewed by Agence France-Presse.

The North Jakarta Court also ordered the defendants to pay one billion rupiah ($73,700) in fines.

Homosexuality and gay sex are legal everywhere in Indonesia except in conservative Aceh province, but police have used the country’s tough anti-pornography laws or drugs charges to criminalize LGBT people in the past 18 months.

Rights groups condemned the decision to jail the men.

“It is an abuse of these gay men’s rights. It is not a crime, they did not hurt anyone,” said Andreas Harsono, a Human Rights Watch researcher in Jakarta.

The men, who were tried in two separate closed court hearings, were sentenced the same day the Indonesian Constitutional Court rejected a bid to outlaw extramarital sex.

The unsuccessful petition would have affected both unmarried heterosexuals and gay people, who cannot marry in Indonesia. Its rejection was seen as a victory by LGBT communities.