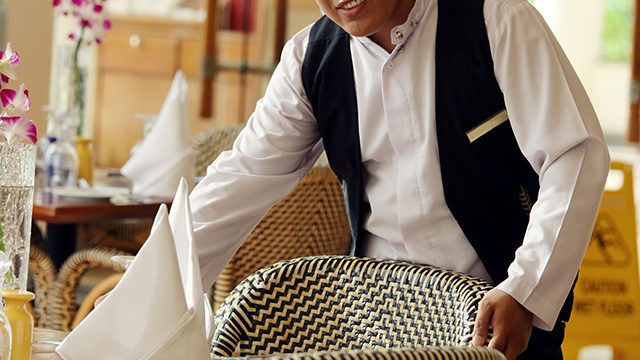 MANILA, Philippines – Jobs in the service sector will be the main driver of future employment growth while agriculture and manufacturing employment continue to decline, the International Labor Organization (ILO) said in its 2018 World Employment and Social Outlook.

The report attributes the positive trend between 2016 and 2017 mainly to the strong performance of labor markets in developed countries.

But while the global unemployment rate is stabilizing, unemployment, and decent work deficits will stay at persistently high levels in many parts of the world, the ILO warned.

“Even though global unemployment has stabilized, decent work deficits remain widespread: the global economy is still not creating enough jobs. Additional efforts need to be put in place to improve the quality of work for jobholders and to ensure that the gains of growth are shared equitably,” ILO Director-General Guy Ryder said.

Since vulnerable and informal employment are prevalent in both agriculture and retail services, “the projected employment shifts across sectors may have only limited potential to reduce decent work deficits, if not accompanied by strong policy efforts to boost job quality and productivity in the service sector,” the ILO also said.

Vulnerable employees are defined as workers with a lower likelihood of having formal work arrangements, and are therefore more likely to lack elements associated with decent employment, such as adequate social security and a voice at work.

Also adding to the challenge is an aging population, as the ILO warned that the “growth of the global workforce will not be sufficient to compensate for the rapidly expanding pool of retirees.”

“Besides the challenge a growing number of retirees creates for pension systems, an increasingly ageing workforce is also likely to have a direct impact on labour markets. Ageing could lower productivity and slow down labour market adjustments following economic shocks,” said the ILO’s Director of Research Department Sangheon Lee. – Rappler.com