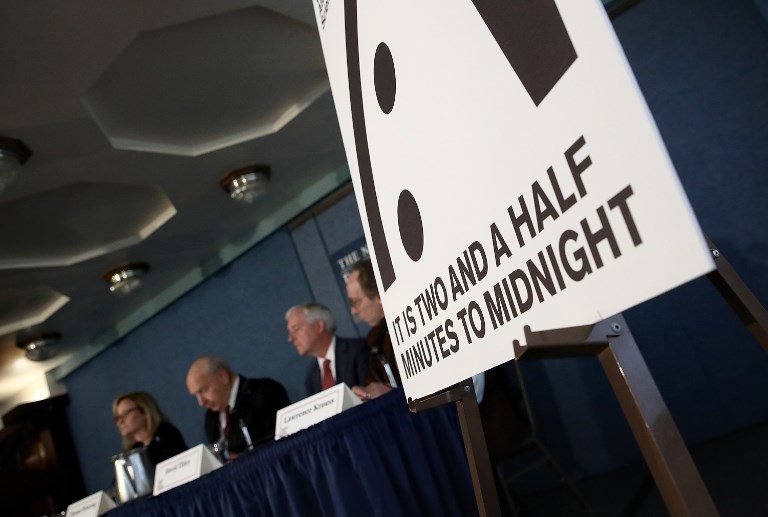 WASHINGTON, DC, USA – Mounting concerns about the possibility of a nuclear war along with US President Donald Trump’s “unpredictability” have pushed the symbolic “Doomsday Clock” to two minutes before midnight, the Bulletin of Atomic Scientists said Thursday.

The clock – which serves as a metaphor for how close humanity is to destroying the planet – was moved forward by 30 seconds, to as near as it has ever been to the hour of the apocalypse.

The last time the clock was at two minutes to midnight was in 1953 when the United States and Soviet Union were testing hydrogen bombs.

“In this year’s discussions, nuclear issues took center stage once again,” said Rachel Bronson, president and CEO of the Bulletin of Atomic Scientists.

She mentioned new testing by North Korea, an enhanced commitment to nuclear weapons in China, Pakistan and India, and “unpredictability” embodied by the US president in tweets and statements.

The Doomsday Clock was created in 1947. Its time has changed 20 times since then, ranging from two minutes to midnight in 1953 to 17 minutes before midnight in 1991.

Last year it moved from three minutes before midnight to two-and-a-half minutes. – Rappler.com