As Cape Town drought bites, what is ‘Day Zero’? 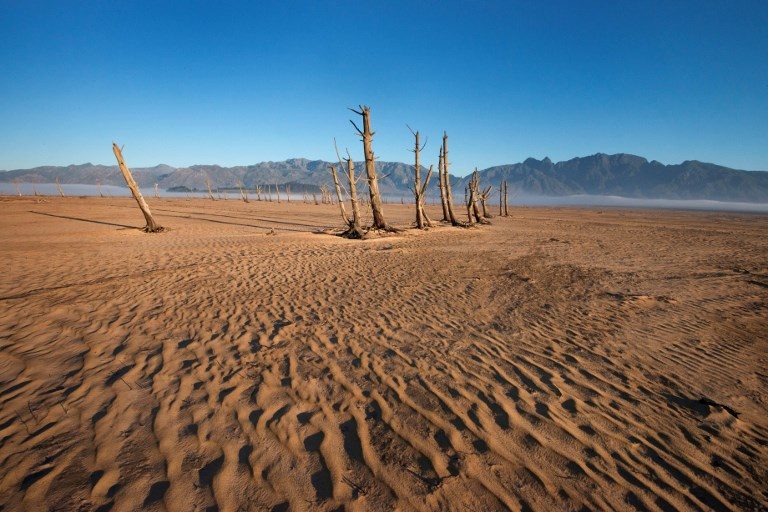 CAPE TOWN, South Africa – Cape Town is in the grip of a catastrophic 3-year-long drought as winter rains have repeatedly failed causing dam levels to drop to dangerously low levels.

South Africa’s second city is now facing the prospect of having to turn the taps off under a so-called “Day Zero” scenario to conserve the city’s remaining water supplies.

We explain what that would mean for the “Mother City,” as South Africans affectionately call Cape Town:

What is Day Zero?

“Day Zero” is the day when city officials will be forced to cut off the normal water supply to 75% of the city’s homes – more than one million households.

Instead, families and some commercial users will be forced to queue at 200 water collection points across the city to collect a daily allocation of 25 liters (6.6 US gallons) until water reserves are boosted.

Authorities have said that the collection sites will likely be guarded by police or military personnel.

What’s being done to keep taps on?

At the start of February, the target for personal daily water usage was slashed from 87 liters to 50 liters.

A single toilet flush uses 9 liters. It is hoped that usage cuts will buy the city time to find a solution – or for the rains of the southern winter to refill depleted dams.

Reducing household use has been prioritized over slashing industry’s consumption as residential use accounts for 70% of consumption.

Among the other plans being considered to avert a shut-off is an increase in desalination efforts with the first city-run plant expected to come on line later this month.

The site, located at the tourist-magnet Victoria and Alfred waterfront, will initially produce two million liters a day. The city’s demand is almost 600 million liters.

Three other plants are half way to completion – but are running behind schedule.

Water is also being trucked in from elsewhere in South Africa by the Gift of the Givers charity which has sourced water from more than 70 collection points to be used to supply Cape Town’s most vulnerable people.

Boreholes will also be key to averting “Day Zero”.

When will Day Zero happen?

The day shifts. It depends on the amount of water above 450 million liters used by the city each day.

For each day it exceeds that target, the shut-off draws nearer. But if the city uses less than that amount it moves further away.

It is currently forecast for May 11 with dam levels currently at 25.9%. Experts say anything below 10% may be unusable.

Will anyone be spared?

“Economically essential” sites will be spared the shut-off, officials say, as will impoverished informal settlements that already rely on communal taps.

The regional government has said that health facilities – both public and private – will also be guaranteed water supplies.

Schools will also be spared any initial shut-off. – Rappler.com