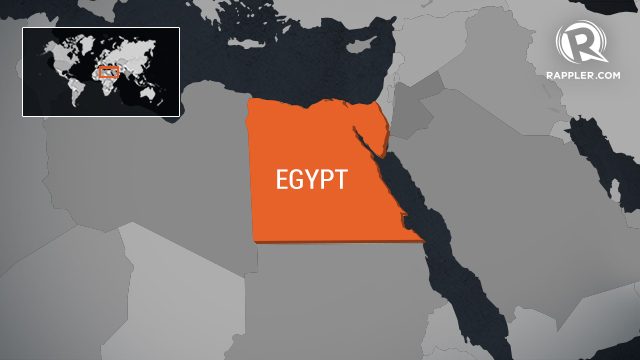 Facebook Twitter Copy URL
Copied
The security sweep comes as President Abdel Fattah al-Sisi is seeking re-election in March, after a first term in office that has seen him crack down on an Islamist insurgency and other opponents

CAIRO, Egypt – A major operation against jihadists in Egypt has killed 28 fighters in the Sinai Peninsula since it was launched by the military on Friday, February 9, the army said on Monday, Febuary 12.

Another 126 jihadists have been arrested since “Operation Sinai 2018” was launched in the Sinai across from Israel, the central Nile Delta and the Western Desert near the border with Libya, the army said.

The security sweep comes as President Abdel Fattah al-Sisi is seeking re-election in March, after a first term in office that has seen him crack down on an Islamist insurgency and other opponents.

Egypt’s security forces have been increasingly targeted by jihadists since the army in 2013 – then headed by Sisi – overthrew Islamist president Mohamed Morsi.

Militants linked to the Islamic State group (ISIS) have waged a deadly insurgency in the Sinai against Egyptian security forces.

The Egyptian air force and the navy have been taking part in the operation, with the Sinai sweep focusing on targets in the north and centre of the peninsula.

On Sunday the army said it had killed 16 jihadists in the Sinai, and on Monday spokesman Tamer el-Rifai reported 12 others were killed in clashes with troops.

In total, 126 jihadists have been arrested and as many of their hideouts destroyed, the army has said.

The operation has also destroyed several vehicles and warehouses, it added.

In November, Sisi ordered his armed forces chief of staff to restore security in Sinai within 3 months after militants killed more than 300 worshippers at a mosque.

No group has claimed responsibility for the attack.

Egypt has been under a state of emergency since April last year, after two suicide bombings at churches claimed by IS killed at least 45 people in the cities of Tanta and Alexandria. – Rappler.com