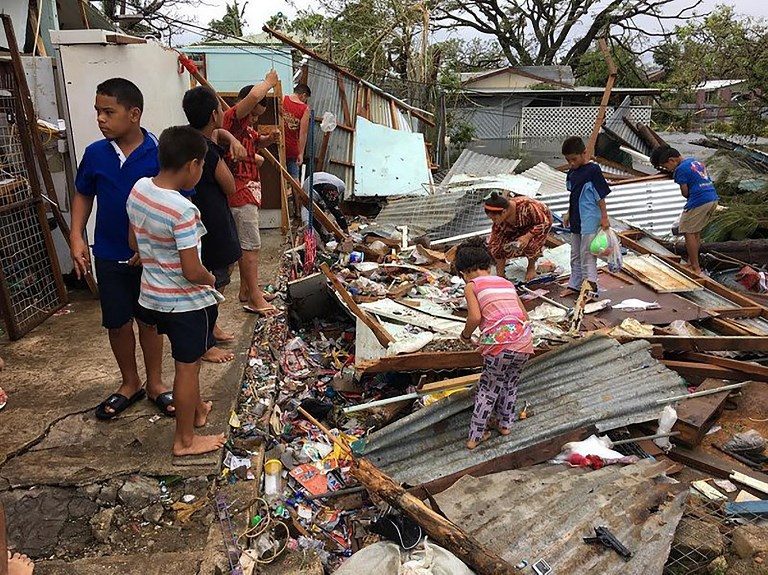 NUKU’ALOFA, Tonga – International aid began trickling in on Wednesday, February 14, to areas of Tonga devastated by Cyclone Gita, as Fiji escaped the worst of the storm’s fury.

Military aircraft from Australia and New Zealand flew emergency supplies to Nuku’alofa, which was battered early Tuesday, February 13, by the most powerful cyclone ever recorded in the capital.

Fiji feared similar destruction when the tempest moved over its southern Lau islands early Wednesday, but initial indications were encouraging.

Fiji’s maritime rescue center said there had been no reports of casualties in the remote and sparsely populated islands, while state broadcaster FBC said three houses had been destroyed, along with plantation crops.

“At this stage it seems Fiji can count itself lucky in terms of the amount of damage,” Fiji Disaster Management Office director Anare Leweniqila told the New Zealand Herald.

Meteorologists said the cyclone gathered pace as it moved westward out to sea and by early Wednesday reached top-of-the-scale Category Five.

But it is expected to weaken before skirting southeast of New Caledonia then dissipating over New Zealand next week.

The storm has carved a path of destruction through American Samoa, Samoa and Tonga since late last week.

It flattened the historic heart of central Nuku’alofa, reducing churches, stores and the century-old parliament building to matchsticks.

More than 3,000 people were sheltering in evacuation centers on the main island Tongatapu, where water and power supplies remain intermittent.

Tonga’s military was Wednesday working to clear roads of debris and the international airport remained closed to commercial aircraft, although relief flights have been able to land.

An Australian C-17A Globemaster flew in similar resources, as well as a team of disaster response specialists.

Among those counting the cost of the cyclone were the family of Australian rugby union prop Taniela Tupou, known as “the Tongan Thor”.

The Brisbane-based Wallaby, who grew up in Tonga before pursuing his sporting career overseas, said his family home was destroyed.

“To simply put it, our house was completely destroyed,” the 21-year-old said.

While the property damage was extensive, with emergency services estimating 40% of houses in the capital were affected, officials concede it could have been worse.

Police said only 3 people were seriously hurt and there were no confirmed deaths, although a 72-year-old man suffered a fatal heart attack possibly brought on by the storm.

Major cyclones in the Pacific have taken a higher human cost in recent years, with Winston killing 44 people in Fiji in 2016 and Pam claiming 11 lives in Vanuatu in 2015. – Rappler.com