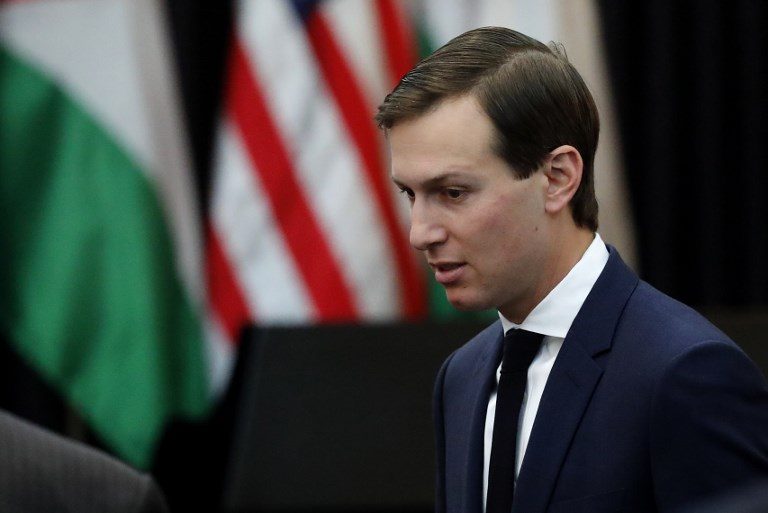 Facebook Twitter Copy URL
Copied
(UPDATED) The White House, including the president himself, refuse to comment on the record, but insists that the decision will not have any impact on Jared Kushner's role as senior aide

Two sources, who could not speak on the record because the status of security clearances is classified, confirmed US media reports that the 37-year-old White House aide will no longer be able to access America’s most closely protected secrets.

The White House – up to and including the president himself – refused to comment on the record, but officials insisted that the decision would not have any impact on Kushner’s role.

Still, Kushner’s loss of access to “Top Secret/SCI (Sensitive Compartmented Information)” casts serious doubt on his status as a powerbroker inside the White House and his ability to negotiate Middle East peace.

Kushner had been an integral part of Trump’s election campaign and, among White House advisors, is seen as something like a first among equals.

The soft-spoken aide is married to the president’s daughter Ivanka Trump and has been a leading figure in efforts to reach a peace deal between Israelis and Palestinians.

He has also been a strong proponent of Washington’s intensified support for the government of embattled Israeli Prime Minister Benjamin Netanyahu.

Politico and CNN first reported that his clearance may have been rescinded late last week.

“They know you can’t be reading about them,” he said, and “you can’t possibly know what you don’t know.”

Kushner’s lawyer had earlier admitted that he has not yet completed the formal clearance procedure, despite reportedly getting access to the most secret material contained in the president’s daily briefing – the crown jewels of US intelligence.

White House Chief of Staff John Kelly ordered changes to the clearance system after a top aide Rob Porter worked for months without full clearance because of allegations he abused both his former wives.

“I will not comment on anybody’s specific security clearance,” Kelly said in a statement.

Kelly has told Kushner he had “full confidence in his ability to continue performing his duties in his foreign policy portfolio including overseeing our Israeli-Palestinian peace effort and serving as an integral part of our relationship with Mexico.”

“Everyone in the White House is grateful for these valuable contributions to furthering the President’s agenda. There is no truth to any suggestion otherwise,” Kelly added.

Ivanka Trump’s level of security clearance has also been in question.

For almost any staffer other than Kushner, his future in the White House would now be under serious doubt.

He had already been forced to repeatedly revise statements to US intelligence and law enforcement about his contacts with foreign officials and his business interests.

He put himself firmly in the sights of special prosecutor Robert Mueller after secretly meeting Russian ambassador Sergey Kislyak and Sergei Gorkov, a banker with ties to Vladimir Putin as well as attending the notorious “Trump Tower meeting” with a Kremlin-connected lawyer.

On Tuesday, even before the stunning news broke, close Kushner advisor Josh Raffel announced he was leaving the White House and Kushner was accused of breaking the “Hatch Act” which forbids, among other things, White House aides using their official titles in campaign statements.

And later on Tuesday the Washington Post reported that at least 4 foreign governments – the United Arab Emirates, China, Israel and Mexico – had wondered how to leverage Kushner’s business and political vulnerabilities.

That sparked several calls from lawmakers, including Congressman Ruben Gallego, who took to Twitter to ask “what DOES Jared have to do to get fired?”

The answer to that question remains unclear. Since the first days of this administration, Trump has seemed to believe there was no challenge too confounding, no conflict too intractable for his son-in-law to tackle.

In person, Kushner is polite and self-deprecating, offering little of the hubris the president has shown about his abilities.

“Jared’s done an outstanding job. I think he’s been treated very unfairly,” Trump said just last Friday. “He’s a high-quality person. He works for nothing, just so – you know, nobody ever reports that, but he gets zero. He doesn’t get a salary, nor does Ivanka.”

But Trump also indicated the decision on Kushner’s security clearance would be up to chief of staff Kelly.

“He’s going to do what’s right for the country. And I have no doubt he’ll make the right decision,” Trump said. – Rappler.com