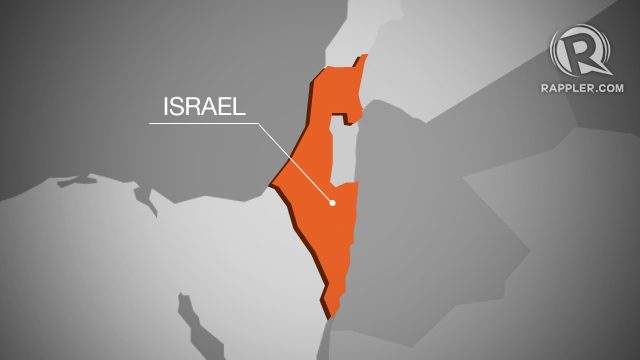 Facebook Twitter Copy URL
Copied
'Police confirm that the incident was a terror attack,' police say in a statement

JERUSALEM – An Arab Israeli crashed into a police officer and two soldiers on Sunday, March 4 in northern Israel before being shot and wounded in what authorities called a “terror attack.”

The border police officer and two soldiers were lightly wounded. Video shared online of the incident in the city of Acre showed one of the security force members being thrown into the air when hit.

The police officer was hit near a market, while the two others were near a train station, police said.

“Police confirm that the incident was a terror attack,” police said in a statement.

The investigation is under a gag order for now and no further details were provided, including the driver’s identity and condition.

Palestinians and Arab Israelis have carried out car-ramming attacks against Israelis and Israeli security forces numerous times in the past.

Acre, located along the Mediterranean coast, has a mixed population of Arab and Jewish Israelis. – Rappler.com