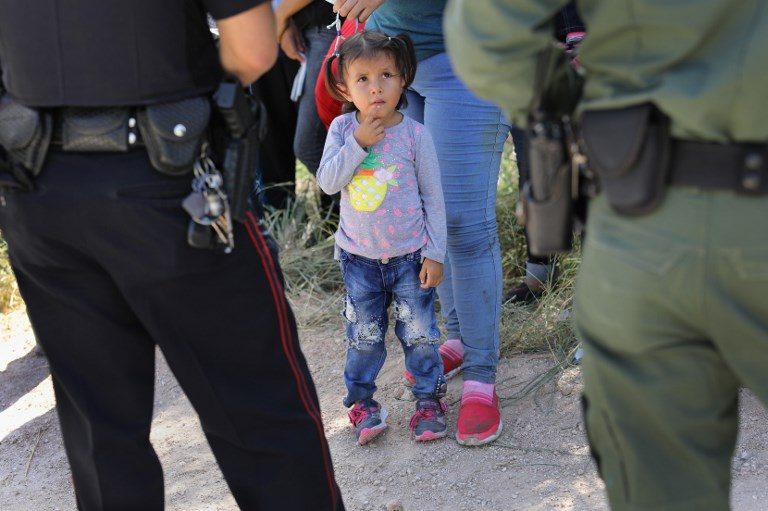 President Donald Trump’s administration has backed separating immigrant children from their parents, but some Republican lawmakers are growing uneasy about such border security rules implemented to deter other migrants.

Activists around the country organized a day of protest against the policy they say is inhumane and dangerous.

When addressing reporters, House Speaker Paul Ryan was asked if he was comfortable with the tactics.

“We believe it should be addressed in immigration legislation,” he said.

“We don’t want kids to be separated from their parents.”

Congress this year has failed to pass legislation aimed at resolving multiple immigration flashpoints, including how to protect so-called “Dreamers” who were brought to the United States illegally as children.

But the issue of family separations has swelled into a public relations headache for the Trump administration, with critics including the United Nations branding the tactic a human rights violation.

House Republicans drafted text barring “accompanied alien minors” apprehended at the border from being separated from their parents, and have slotted the language into an immigration bill to be considered next week, according to a senior House Republican source.

It is unclear whether the broader measure can pass Congress.

Several hundred immigrant families have been separated since October, including many seeking asylum in the United States.

Current law does not prohibit the separation of children from parents, and Trump has argued that his administration is merely enforcing the rules.

At an event Thursday in Indiana, Sessions offered an unwavering defense of the policy, and warned that having children does not give migrants immunity from prosecution for the “crime” of crossing the border.

“I would cite you to the Apostle Paul and his clear and wise command in Romans 13, to obey the laws of the government because God has ordained the government for his purposes,” Sessions said.

“Our policy that can result in short-term separation of families is not unusual or unjustified,” he said.

But some Republicans were speaking out against the separations that particularly occur in asylum cases, when families of those seeking legal political protection at America’s borders are split.

“I have real trouble with that,” Senator Jeff Flake of the southwestern border state of Arizona told AFP, adding that he and fellow Republican Senator Susan Collins would soon express their concerns with the White House.

In the House, top Democrat Nancy Pelosi attacked the separations as a “barbaric” policy that “has to stop.”

She also criticized the strategy, supported by some Republicans, of simply turning away families seeking asylum as a way to reduce family separations.

“That’s not a solution. The solution is not to tear children from their parents,” she told a press conference.

Pelosi downplayed the prospect of legislation as a way to resolve the issue.

Pressure has built from some conservative quarters including the evangelical community.

Franklin Graham, son of late reverend Billy Graham and an avid Trump supporter, blasted the separation policy as “disgraceful,” and called for a swift fix.

“It’s terrible to see families ripped apart and I don’t support that one bit,” Graham told the Christian Broadcasting Network on Tuesday. – Rappler.com