UN chief appeals for end to fighting in south Syria 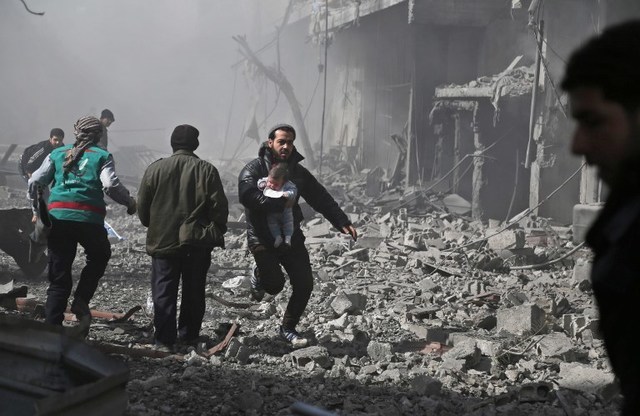 UNITED NATIONS, United States – United Nations Secretary-General Antonio Guterres on Friday, June 22 called for an immediate end to a military escalation in southwest Syria and a return to ceasefire arrangements agreed by Russia, the United States and Jordan.

US Ambassador Nikki Haley separately urged Russia to pressure its Syrian ally to uphold the truce.

Guterres is scheduled to hold talks Saturday, June 23 in Washington with Secretary of State Mike Pompeo.

Over the past 3 days, areas in eastern Daraa have been bombarded, forcing thousands of civilians to flee, according to the British-based Syrian Observatory for Human Rights.

Guterres said he was “gravely concerned” by the recent upsurge in fighting from the Syrian government offensive, saying it posed “significant risks” to regional security.

He called for “an immediate end to the current military escalation” and urged all sides to uphold the ceasefire commitments “as a matter of priority.”

Jordan, Russia and the United States agreed last year to set up a de-escalation zone for the region that includes Daraa, Quneitra and Sweida. The area borders Jordan and the Israeli-annexed Golan Heights.

Haley said in a statement earlier: “The Syrian regime’s violations of the ceasefire in southwest Syria need to stop.”

“We expect Russia to do its part to respect and enforce the ceasefire it helped establish, and to use the influence it has to stop the Syrian regime’s violations and any further destabilizing actions in the southwest and throughout Syria.”

More than 11,000 people have been displaced in the upsurge of violence that has included air strikes, artillery, barrel bombs and rocket attacks, according to the US statement.

Assad’s forces have retaken large parts of Syria from opposition fighters since Russia intervened militarily on its side in 2015.

The UN Security Council is scheduled to discuss Syria on Wednesday, June 27. – Rappler.com