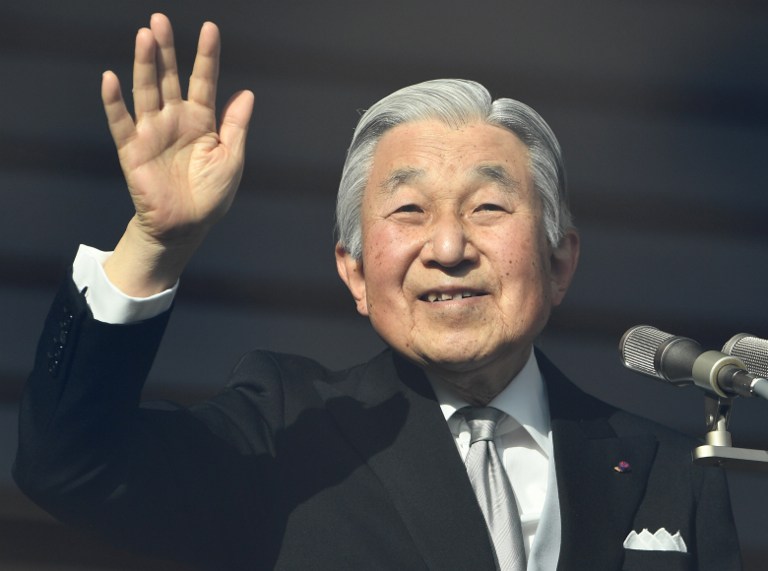 Akihito “had a sudden feeling of sickness and heavy sweating” in the early morning and Empress Michiko “immediately brought in the palace doctor,” Yoshihide Suga told reporters.

The doctor diagnosed the emperor with “symptoms of vertigo and nausea due to cerebral anemia, which require a complete rest and follow-up checks,” said Suga, the chief cabinet secretary, speaking at a regular press conference.

Cerebral anemia is a condition resulting from insufficient blood flow to the brain.

Akihito had been due to meet Monday with Princess Ayako, a daughter of one of his cousins, to hear about her engagement, a spokesman for the Imperial Household Agency told AFP.

“We don’t have further details” about the emperor’s health condition, he added.

It was not clear when Akihito would resume his public duties.

Akihito shocked the country in 2016 when he signalled his desire to step down after nearly three decades in the job, citing his age and health problems.

He will be the first emperor to retire – on April 30, 2019 – in more than two centuries in the world’s oldest imperial family.