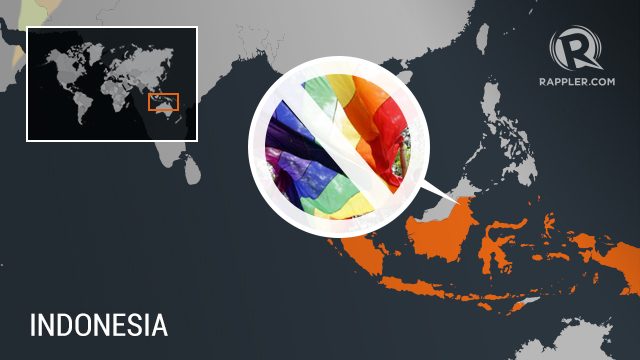 Conservative politicians and hardline Islamist groups have been increasingly vocal against the vulnerable community in recent years, while lawmakers eyed outlawing gay sex in the world’s biggest Muslim majority country.

That has discouraged some at-risk groups from accessing prevention and treatment services, according to the report entitled “‘Scared in Public and Now No Privacy’: Human Rights and Public Health Impacts of Indonesia’s Anti-LGBT Moral Panic.”

As a result, HIV rates among men who have sex with other men have soared five-fold since 2007 from 5.0% to 25%, HRW said, adding that the group accounted for one-third of Indonesia’s new infections.

“The Indonesian government should recognize that its role in abuses against LGBT people is seriously compromising the country’s response to HIV.”

Indonesia’s conservative lurch has dented the success it had in slowing new HIV infections in recent decades, HRW said.

Indonesia had about 48,000 new HIV infections and 38,000 AIDS-related deaths in 2016, with only 13 percent of those infected getting treatment, according to UN figures.

Last year, Indonesian police rounded up at least 300 people and often publicly humiliated them because of their presumed sexual orientation and gender identity – a jump from previous years and the highest such number ever recorded.

In a case that grabbed global headlines, police in conservative Aceh province this year raided several beauty parlours where they rounded up a group of transgender women.

The authorities then forcibly cut the beauticians’ hair and made them wear “male” clothing in a humiliating public display.

The raids have led to the closure of establishments where outreach workers would often meet and counsel gay men, provide condoms and offer voluntary HIV tests.

“It is devastating that these clubs have closed – they were the only places where we could find the community,” an HIV outreach worker in Jakarta was quoted as saying in the report.

“Clubs were hot spots for us because we knew that even the discreet guys felt safe about their sexuality inside, so we could do HIV testing and give condoms and they wouldn’t be scared to participate.”

Gay sex is not illegal in Indonesia.

But parliament has been considering changes to its legal code which initially included banning gay sex although that has reportedly been dropped from the draft proposal after a backlash.

Sex outside marriage – which would include gay couples – may still be outlawed under the proposed overhaul. – Rappler.com