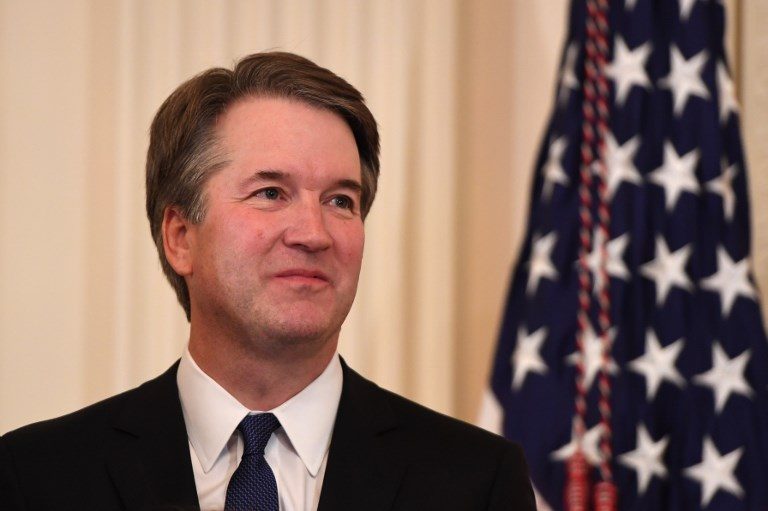 WASHINGTON DC, USA – Christine Blasey Ford, the woman accusing Supreme Court nominee Brett Kavanaugh of sexually assaulting her at a party 36 years ago, is willing to testify next week in front of the Senate judiciary committee, US media reported on Thursday, September 20.

Blasey Ford‘s lawyers have told the committee she cannot appear at its hearing scheduled for Monday, September 24, calling the date Republicans set “arbitrary,” according to The Washington Post and The New York Times.

Both cited an email the lawyers sent to the committee seeking to negotiate a new date for the hearing, after committee chairman Chuck Grassley set a deadline of Friday morning, September 21, to agree to appear on Monday.

The Monday date “is not possible and the committee’s insistence that it occur then is arbitrary in any event,” Blasey Ford’s lawyers said.

“As you are aware, she has been receiving death threats, which have been reported to the Federal Bureau of Investigation, and she and her family have been forced out of their home,” it said.

“She wishes to testify, provided that we can agree on terms that are fair and which ensure her safety.”

They asked to hold discussions with the committee to set up a new date and conditions for the hearing.

“Her strong preference continues to be for the Senate Judiciary Committee to allow for a full investigation prior to her testimony.”

Blasey Ford has been reluctant to testify since she came forward Sunday, September 16, with her bombshell allegation, which threatened to derail the nomination of Kavanaugh, who would deliver a momentous conservative shift to the powerful high court.

Instead she has sought to have the FBI investigate the incident as part of its official background check on the nominee.

But, with Kavanaugh denying the accusation and Blasey Ford so far unable to produce witnesses on her own behalf, Grassley and the White House have pressed for her to testify soon in hopes they can get past the controversy and quickly get Kavanaugh approved.

Republicans fear if the nomination is delayed any further, it could be endangered by a possible Democratic sweep of the looming congressional midterm elections in 7 weeks.

An agreement on a new date could set the stage for a showdown that could impact the future of the Supreme Court and the course of congressional elections in November.

The allegations come in the shadow of the powerful #Metoo movement against sexual harassment and assault, and echo the 1991 hearings for conservative Clarence Thomas to join the Supreme Court, when his former assistant Anita Hill accused him of repeated sexual harassment.

At the time, an all-male panel of Republicans ruthlessly smeared Hill’s character, sparking a national backlash from women infuriated by her treatment.

This time, the Republicans on the committee are also all men, and they will have to tread delicately in a situation that could end up an intractable he said-she said debate.

According to reports Thursday, the Republicans are considering hiring a female outside litigator to handle the questioning, which would be televised nationally.

Trump himself has already cast doubt on Blasey Ford’s account, saying that Kavanaugh has not been treated fairly.

He told the Hill.TV in an interview published Wednesday, September 19 that the Democrats’ attack on Kavanaugh “is no different than the Russian witch hunt” – a reference to the investigation into possible collusion between his presidential campaign and Moscow.

But Trump also later told reporters that she should be able to state her case.

“We continue to give her a lot of time. We’ve held up the whole hearing,” Trump said Wednesday.

He added that “if she does not show up it would be unfortunate.” – Rappler.com