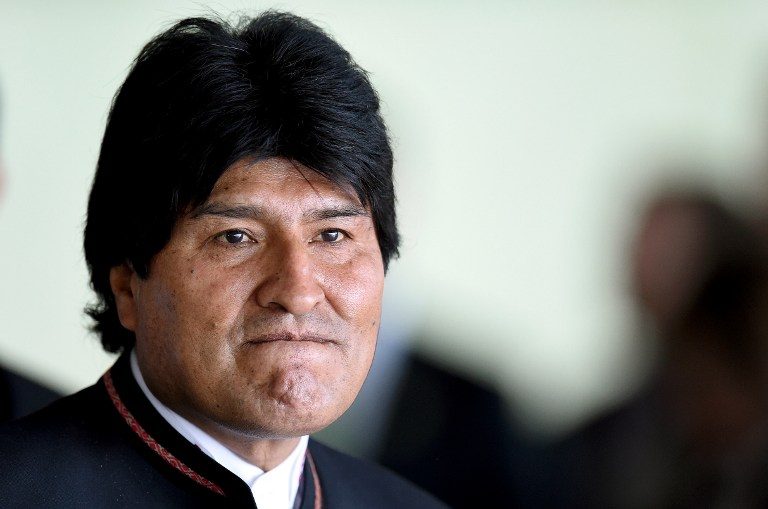 Facebook Twitter Copy URL
Copied
The International Court of Justice in The Hague is due to rule on Monday, October 1, on the case Bolivia brought in 2013 seeking to regain access to the Pacific Ocean

LA PAZ, Bolivia – Two former Bolivian presidents rejected an amnesty offered on Thursday, September 27, by incumbent Evo Morales as part of a bid to garner their support in his territorial dispute with Chile over access to the Pacific Ocean.

The International Court of Justice in The Hague is due to rule on Monday, October 1, on the case Bolivia brought in 2013 seeking to regain access to the sea that it lost following an 1879-84 war it fought against Chile and alongside Peru.

Earlier on Thursday, Morales pardoned Carlos Mesa and Jorge Quiroga but both were quick to turn it down, protesting their innocence.

Writing on Twitter, Mesa said: “I appreciate the president’s gesture. But I don’t accept the presumption of guilt.”

Quiroga is in the dock for allegedly signing agreements with oil companies without parliament’s consent during his one-year tenure from 2001-02.

“I’ve nothing to be pardoned for,” he said in a press conference. “If there was justice in Bolivia, ‘Tuto’ Quiroga would be decorated.”

Earlier on Thursday, Morales said in a statement that he had “taken the decision that no ex-president, except those accused of crimes against humanity or genocide, should have legal cases” while the country is fighting for “the defense of our maritime rights.”

Such an amnesty would need to be approved by Congress, although that is controlled by the left-wing president.

Bolivia and Chile are involved in a pair of disputes that have been taken to the ICJ.

The first is over Bolivian claims to a sovereign passage to the Pacific Ocean.

Defeat in the 19th century war left Bolivia landlocked and today it is one of the poorest countries in South America, despite vast gas reserves.

In 1978, Bolivia tried to negotiate a deal but rejected Chilean counterdemands for a territory swap. The neighbors have not had diplomatic relations since then.

More recently, they have been at loggerheads over the nature of the Silala river that runs along their border.

Two years ago, Chile asked the ICJ to recognize the Silala as an international river, giving the two countries equal rights to share its water.

But Bolivia submitted a counterclaim arguing that the river was made artificially 100 years ago by Chilean canalization and that the water source originates in wetlands in its territory. – Rappler.com