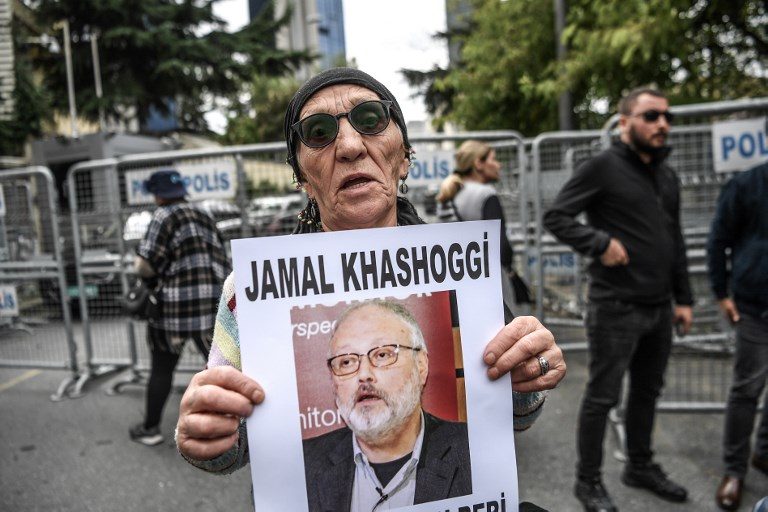 Facebook Twitter Copy URL
Copied
The Washington Post, a newspaper to which Jamal Khashoggi contributed, cites unnamed US officials as saying that Saudi officials have been heard discussing a plan to lure Khashoggi from the US state of Virginia and detain him

WASHINGTON DC, USA – Saudi Arabia’s crown prince and de facto ruler ordered an operation targeting journalist and US resident Jamal Khashoggi, who has been missing for more than a week, The Washington Post reported Wednesday, October 10, citing US intelligence intercepts.

Khashoggi – a US resident and one of the more outspoken critics of the regime of King Salman and his son, Crown Prince Mohammed bin Salman – disappeared after entering the Saudi consulate in Istanbul on October 2, and Turkish officials suspect he was murdered.

The Post, a newspaper to which Khashoggi contributed, cited unnamed US officials as saying that Saudi officials had been heard discussing a plan to lure Khashoggi from the US state of Virginia, where he resided, and detain him.

The paper quoted several of Khashoggi’s friends as saying that senior Saudi officials had approached him offering protection, or even a high-level government job, if he returned home – but that Khashoggi was skeptical of the offers.

State Department deputy spokesman Robert Palladino earlier insisted that the United States had no forewarning of any concrete threat to Khashoggi.

“Although I can’t go into intelligence matters, I can definitively say that we had no knowledge in advance of Mr Khashoggi’s disappearance,” Palladino told reporters.

The case has sparked outrage from human rights and journalism groups and threatens to harm ties between Saudi Arabia and the United States, which has demanded answers from the kingdom over the disappearance. – Rappler.com