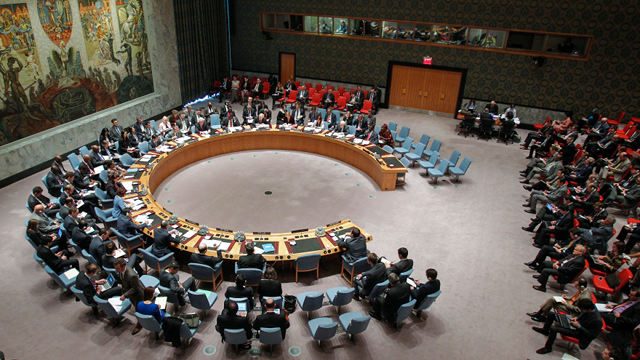 The request for consultations came just hours after President Donald Trump said he was in “no rush” to solve the crisis over North Korea’s nuclear program.

It was not immediately clear whether Russia was planning a new push to ease sanctions against North Korea. Russian Foreign Minister Sergei Lavrov said in September that Moscow would be ready to consider such a step.

The United States has insisted that the raft of measures including a cap on oil and fuel deliveries and a ban on exports of North Korea’s raw commodities must be fully enforced until Pyongyang has scrapped its nuclear and ballistic missiles programs.

Russia and China have argued that North Korea should be rewarded with an easing of sanctions for halting missile tests and opening up a dialogue with the United States on denuclearization of the Korean peninsula.

A meeting planned in New York on Thursday between US Secretary of State Mike Pompeo and top North Korean official Kim Yong Chol was abruptly cancelled.

Trump said he hoped to meet with North Korean leader Kim Jong Un early next year but that he was “in no rush”.

“I would love to take the sanctions off, but they have to be responsive, too,” Trump said. – Rappler.com