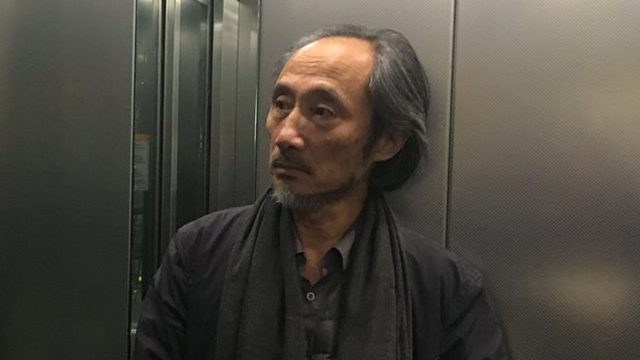 Facebook Twitter Copy URL
Copied
The director of Tai Kwun arts complex, host of the Hong Kong International Literary Festival, says it has reconsidered and would host the two talks of Ma Jian

HONG KONG, China – Dissident Chinese author Ma Jian arrived in Hong Kong Friday, November 9, vowing to speak at the city’s literary festival as a major arts center that had pulled out of hosting him changed its mind.

The new Tai Kwun arts complex, which hosts the Hong Kong International Literary Festival, said Thursday it had cancelled Ma’s two speaking events  after venue director Timothy Calnin said he did not want it to become “a platform to promote the political interests of any individual”.

Ma, whose books are banned in mainland China, is due to promote his latest novel “China Dream”, a title that plays on Chinese President Xi Jinping’s rhetoric of national rejuvenation and is described by publisher Penguin as “a biting satire of totalitarianism”.

A replacement venue also pulled out Friday as concerns grow that freedoms are dying in the semi-autonomous city under an assertive China.

My plane will soon take off. Thank you for all the support from old and new friends on twitter. There is strength in numbers. I will arrive in Hong Kong at 5pm tomorrow. I look forward to the Festival and to seeing some of you there. pic.twitter.com/zSYiSuovFw

Calnin said Friday said the center had reconsidered and would host Ma as an alternative venue had not been found.

“Mr Ma has made public statements which clarify that his appearances in Hong Kong are as a novelist and that he has no intention to use Tai Kwun as a platform to promote his personal political interests,” Calnin said in a statement.

Festival organizers said they were “delighted” with the decision.

“The principles of free speech and cultural expression are central to our mission as an international literary festival,” they said in a statement.

Ma had expressed concern he would be barred from Hong Kong after senior Financial Times journalist Victor Mallet, a British national, was refused entry to the city Thursday night.

But speaking to reporters in the arrivals hall Friday evening Ma said he had been let through without any questions from immigration officials.

Ma blamed “some organization” above the Hong Kong Jockey Club, which runs Tai Kwun, for the original decision.

“Simply because a book has the name ‘China Dream’ they don’t allow us to hold the talk. This is terrifying,” he said.

Ma has Hong Kong residency which entitles him to live and work in the city but he said he entered using his British passport.

He described Hong Kong as his second home but said this would be his last visit.

“I don’t even know whether I will be disappeared when I walk on Hong Kong streets tomorrow,” he told reporters.

The city’s publishing sector has taken a hit since 5 booksellers known for printing gossipy titles about China’s leaders disappeared in 2015 and resurfaced in custody on the mainland.

Since then some of Hong Kong’s bookshops selling works banned in China have closed, and chain stores have removed the titles from their shelves.

Veteran journalist Mallet had already had his work visa renewal denied last month and had left Hong Kong, but was barred when he tried to come back in for a short stay as a visitor.

British citizens are usually allowed into Hong Kong without a visa and are permitted to stay for 180 days under immigration rules.

The FT issued a statement Friday saying Mallet had been “returning to Hong Kong to finalize some business and personal matters“.

Security minister John Lee insisted Friday the decision to prevent Mallet from entering as a tourist was “nothing to do with freedom of expression and freedom of the press” but would not reveal the reasons.

The government has given no explanation for the original refusal to extend his visa but it is widely believed the decision was linked to Mallet’s chairing of a talk by a Hong Kong independence activist at the city’s Foreign Correspondents’ Club (FCC), where he is first vice president.

China’s foreign ministry had asked for the event to be cancelled.

The FT said Friday that it had still not received an explanation for the original visa denial and was awaiting the outcome of an appeal.

The treatment of Mallet has earned rebukes from foreign governments and international rights groups.