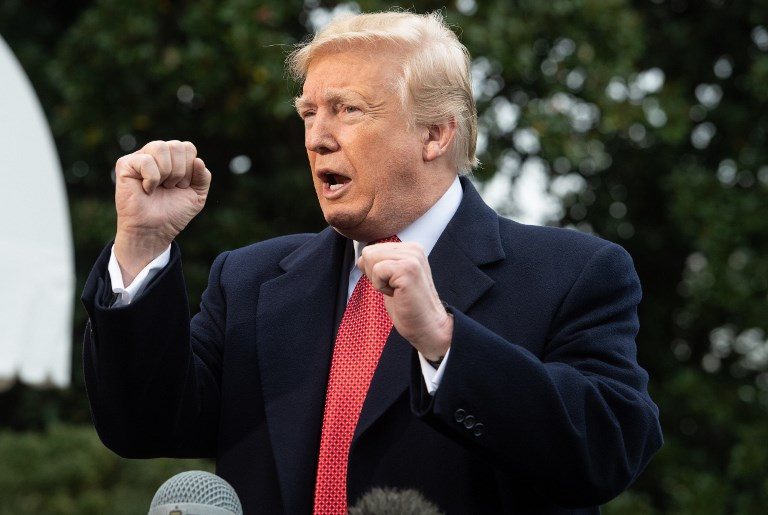 PARIS, France – A French government spokesman on Wednesday, November 14, accused US President Donald Trump of a lack of “common decency” for attacking his French counterpart Emmanuel Macron on Twitter on the third anniversary of a jihadist massacre in Paris.

Asked to react to Trump’s tweets mocking Macron’s low poll numbers and lashing his defence proposals, spokesman Benjamin Griveaux told reporters: “Yesterday was November 13 when we commemorate the murder of 130 citizens three years ago in Paris and Saint-Denis. So I will reply in English: ‘common decency’ would have been the appropriate thing.”

His reaction was the strongest yet by the French government to Trump’s astonishing attack on Macron, which came two days after he was the French leader’s guest at World War I centenary commemorations in Paris.

Apparently irked at Macron’s criticism of nationalists in his Armistice Day address, Trump tweeted that Macron had a “very low approval rating” and said the French leader was “just trying to get onto another subject”.

He also again attacked Macron over the latter’s calls for a European army, slammed as protectionist French tariffs on US wine and declared there was “no country more Nationalist than France.”

Macron told CNN in an interview after talks with Trump on Saturday that the defense row had been cleared up. He has not reacted publicly to Trump’s latest broadside.

One of his advisors on Tuesday, November 13, dismissed the tweets as “written for Americans” and said that relations between Trump and Macron were “not always easy but are enduring”. – Rappler.com