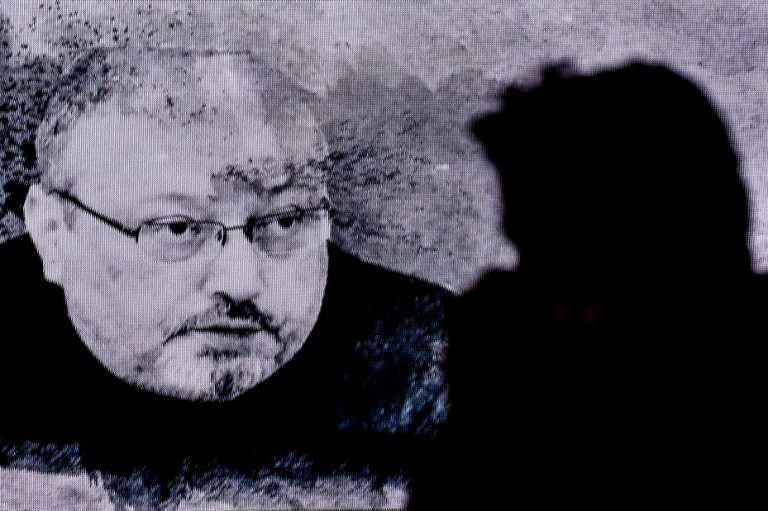 Facebook Twitter Copy URL
Copied
(3rd UPDATE) Riyadh prosecutors announce indictments against 11 people, adding that a total of 21 individuals are in custody in connection with the killing

RIYADH, Saudi Arabia (3rd UPDATE) – The Saudi government exonerated the country’s powerful crown prince of involvement in the murder of journalist Jamal Khashoggi Thursday, November 15, as death-penalty charges were announced against 5 men and the US placed sanctions on 17 suspected of involvement.

Riyadh prosecutors announced indictments against 11 people and said a total of 21 individuals were in custody in connection with the killing, which outraged Saudi allies and placed massive pressure on Crown Prince Mohammed bin Salman to come clean about the murder.

The Saudi prosecutor said execution would be recommended for 5 principals who “are charged with ordering and committing the crime.”

The prince had “no knowledge” of Khashoggi’s killing, Shaalan said.

And Foreign Minister Adel al-Jubeir told journalists in Riyadh that the prince was not involved.

“Absolutely. The crown prince has nothing to do with this issue,” Jubeir said.

Khashoggi, who lived in the United States and wrote for The Washington Post and other international media, was killed and dismembered in the Saudi consulate in Istanbul, Turkey on October 2.

The murder was carried out by a team of Saudis who travelled to Istanbul for that purpose, according to Turkish and US assessments, and was allegedly directed and led by close aides of the prince.

The Saudi prosecutor, in the country’s newest account of what happened, said agents were dispatched to Istanbul to bring Khashoggi home “by means of persuasion” but ended up killing him with “a large amount of a drug resulting in an overdose.”

The Saudi prosecutor did not name any of those indicted in the murder. But the US sanctions announced Thursday included two top aides of Prince Mohammed, Saud Al-Qahtani and Maher Mutreb, and Mohammed Alotaibi, who was the consul general in the Istanbul consulate when Khashoggi was murdered.

The US Treasury said Qahtani, Prince Mohammed’s long-time right-hand man, “was part of the planning and execution of the operation” to kill Khashoggi.

The US statement made no mention of the crown prince.

Canada’s Foreign Minister Chrystia Freeland said that her country “welcomes the US action” and that Ottawa “is actively considering” following suit.

Khashoggi’s killing has plunged the world’s top oil exporter into its worst diplomatic crisis since the September 11, 2001 terrorist attacks on the United States, in which most of the hijackers were identified as Saudi nationals.

The criticism has shaken the 33-year-old Prince Mohammed, who has moved with brash confidence since becoming heir to the throne in June 2017 in a shakeup undertaken by King Salman to secure power for his wing of the sprawling Saudi royal family.

The country’s allies and critics alike are pushing for an independent investigation into Khashoggi’s murder, with Turkey at their helm pointing a finger directly at Prince Mohammed, widely known as “MBS”.

But Jubeir Thursday dismissed the calls for an international probe.

“This is now a legal case and is thus in the hands of Saudi Arabia’s judiciary,” he said.

On Thursday, the Saudi prosecutor’s office said the kingdom had requested that Turkey sign a “special cooperation mechanism” on a probe.

But Turkey said the Saudi response fell short and insisted the murder had been “premeditated.”

In Washington State Department spokeswoman Heather Nauert called the Saudi announcement a “good first step,” while denying there was any link with the Treasury announcement of sanctions just two hours later.

“We regard the announcement that they made as a good first step, it’s a step in the right direction,” Nauert told reporters.

“It is an initial investigation finding. It is important that those steps continue to be taken toward full accountability.”

US legislators: Sanctions not enough

But senior US politicians and the Washington Post said the moves Thursday were far from adequate.

“In announcing actions against ‘those responsible’ for Jamal Khashoggi’s murder, the Saudi and US governments are asking the world to take their word for it that this settles the matter,” said Post publisher and chief executive Fred Ryan.

“From the start, the Saudi ‘investigation’ has been an effort to shield those ultimately responsible for this heinous crime when there is every reason to believe that it was authorized at the highest levels of the Saudi government.”

“The US government should be demanding an independent investigation that gets to the truth about the murder of an innocent journalist.”

Senator Jeanne Shaheen said the US sanctions on the 17 Saudis were not enough.

“Everyone who had a hand in Khashoggi’s brutal murder should be subject to strict sanctions, and, as I review this list, it’s clear that it is not comprehensive,” she said in a statement.

“There must be further sanctions on Saudi leadership who ordered this assassination. We must send a clear message that the United States stands unequivocally on the side of human rights and democratic values.” – Rappler.com