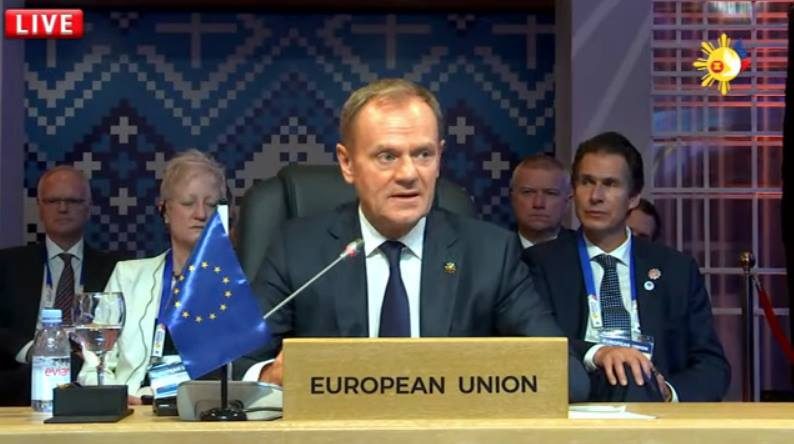 Facebook Twitter Copy URL
Copied
EU President Donald Tusk says they are prepared for all scenarios, 'but of course we are best prepared for a no Brexit scenario'

BRUSSELS,  Belgium – The European Union is “best prepared” for Britain to backtrack and abandon Brexit, EU President Donald Tusk said Thursday, November 15, as political chaos raged in London over the terms of the divorce.

A string of ministers resigned in just a few hours over the draft Brexit accord, leaving British Prime Minister Theresa May fighting for survival and throwing the future of the agreement into doubt.

Tusk, who has repeatedly voiced his unhappiness with Brexit and called the negotiations on a deal a damage limitation exercise, refused to comment on what he diplomatically called “the latest developments in London” but said Brussels was ready for any outcome.

“The EU is prepared for a final deal with the United Kingdom in November,” he told reporters.

May insists the proposed agreement is the best deal Britain could hope to strike when it leaves the European Union on March 29, warning that the only alternatives were leaving with no deal or not leaving at all.

But members of parliament on all sides told her that there was no way her plan could win their approval, with arch-Brexiteers and EU loyalists alike insisting it was already sunk.

Leading pro-Brexit MP Jacob Rees-Mogg, a member of May’s Conservative party, is to demand a vote of no confidence in May, a move which could potentially force her out of office. – Rappler.com