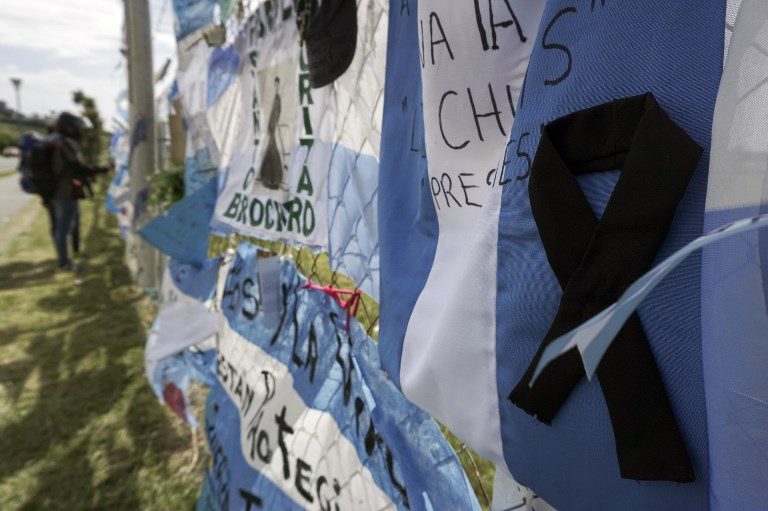 BUENOS AIRES, Argentina – The wreckage of an Argentine navy submarine that exploded and disappeared one year ago with 44 crew on board was located in the Atlantic Ocean on Friday, November 16, the navy said. (READ: No trace of Argentina sub, 12 days after it vanished)

There has been “positive identification of the ARA San Juan,” at a depth of 800 meters (2,600 feet), a statement on Twitter from the navy said.

The Seabed Constructor – a vessel owned by US search firm Ocean Infinity, which set out in September on the latest attempt to find the San Juan – found the missing sub. (READ: Argentina’s Macri orders probe for ‘truth’ over missing submarine)

The Ocean Infinity ship “decided to do a new search and, thanks to God, it was able to find the zone,” navy spokesman Rodolfo Ramallo told Todo Noticias TV.

“Now another chapter opens. From the analysis of the state in which the submarine has been found, we will see how to proceed,” he said.

The navy lost contact with the submarine on November 15 last year, about 450 kilometers (280 miles) from the Argentine coast. It was on its way back to base from Ushuaia at the southern tip of Argentina.

An air and sea search began 48 hours later involving units from 13 countries, but the majority withdrew before the end of 2017, as the wintry South Atlantic refused to give up its secrets. – Rappler.com