Washington careens toward government shutdown with no deal in sight 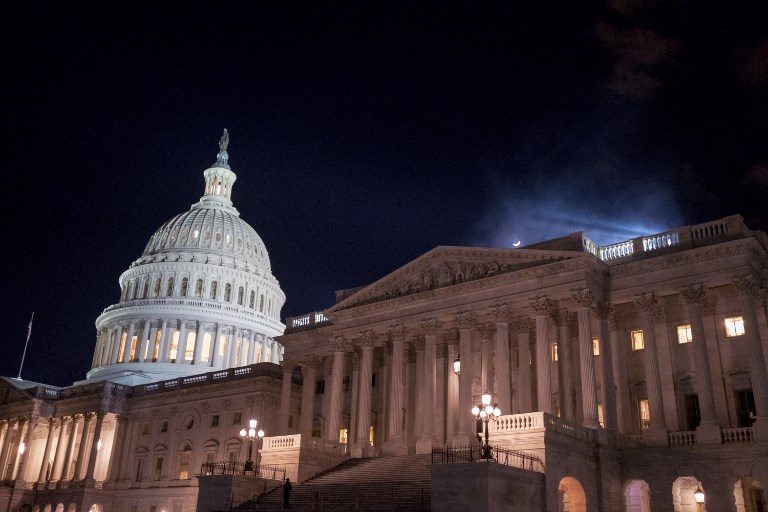 As Washington barreled toward a shuttering of key federal agencies in just 4 days, the White House appeared dug in on Trump’s call for Congress to budget $5 billion in 2019 to fund a wall on the US-Mexico border that he insists will check illegal immigration.

If no breakthrough is reached, the shutdown would occur over the Christmas holiday – when most lawmakers flee the US Capitol – leaving Washington red-faced at the end of the year.

The closure could potentially spill into early January, when the new Congress – including a Democratically-controlled House of Representatives – is sworn in.

Lawmakers involved in funding negotiations suggested the first move would have to come from Trump’s team.

Democrats are united in their opposition to Trump’s ask, saying their intent is to vote for no more than $1.6 billion in border security funding as laid out in bipartisan Senate legislation earlier this month.

Trump launched a fresh attack on the opposition party and its offer of wall-less border security funding.

“Anytime you hear a Democrat saying that you can have good Boarder (sic) Security without a Wall, write them off as just another politician following the party line,” he tweeted.

White House senior advisor Stephen Miller said Sunday, December 16, that building the wall remained a top priority and that Trump was “absolutely” prepared to shut down government to achieve that goal.

Last week, a defiant Trump said he would be “proud” to shutter the government over border security.

Top Senate Democrat Chuck Schumer stressed there are not enough votes in Congress to pass wall funding, and that it would be up to Trump to repeal his demand.

“President Trump still doesn’t have a plan to keep the government open. In fact, the only indication he has given is that he wants a government shutdown,” Schumer said on the Senate floor.

Democrats have made two offers to Trump, Schumer said: pass a funding stopgap, known as a continuing resolution (CR), for the unfunded agencies for the remainder of the fiscal year through September 2019, or fund most of the agencies and pass a CR for homeland security.

“His temper tantrum will get him a shutdown, but it will not get him a wall,” Schumer said. “It’s futile.”

The window for action is narrow. The House is off until Wednesday evening, December 19, leaving very limited time before funding for the Department of Homeland Security, the Justice Department and other agencies expires Friday, December 21, at midnight.

Some members of Congress have told US media they see little chance of reaching a compromise in the coming days and have advocated for a short-term stopgap spending bill that would punt the problem until January.

Complicating the stalemate, several of the 100-plus lawmakers who are either retiring at year’s end or lost their seats in November’s midterm elections, mainly Republicans, may not be fully motivated to return to Washington this week for a final federal spending vote.

“Many of them don’t want to come back,” Schumer noted.

Should a shutdown occur, it would be relatively limited, as Congress has already funded 75% of government operations through September.

But Americans have little appetite for the standoff, and Trump would likely suffer if the government closed temporarily, polls show.

Forty-three percent of respondents said they would blame Trump and Republicans for a shutdown, compared to 24% blaming Democrats, according to a USA Today/Suffolk University Poll. Thirty percent would blame both equally. – Rappler.com