Assange starts legal bid to unseal U.S. charges against him 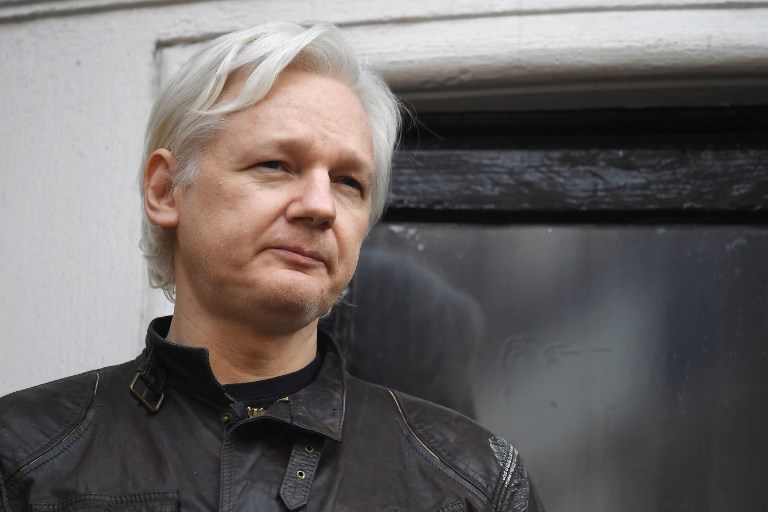 The controversial freedom of information campaigner has been holed up in Ecuador’s embassy in London since obtaining political asylum from the Latin American country in August 2012.

The Australian no longer risks being sent back to Sweden after its authorities dropped a rape investigation against him in 2017.

But his case regained the international spotlight after The Guardian reported in November that he was secretly visited by Trump’s former campaign manager Paul Manafort in the run-up to the US presidential vote.

Both sides have denied the story and The Guardian has amended some elements of its report.

But it prompted the US Justice Department to begin questioning diplomatic staff who were at the embassy at the time as part of its investigation into the Trump campaign’s possible ties to Russia.

Assange’s application was filed by his lawyers with the Inter-American Commission of Human Rights (IACHR).

The commission is part of the Organization of American States (OAS) of which the US is a founding member.

“The urgent request is in the form of a comprehensive 1,172-page application for ‘precautionary measures’ directed to the international body which monitors compliance of the US and Ecuador with their binding legal obligations,” WIkiLeaks said in a statement.

The IACHR told Agence France-Presse that it follows up on petitions such as the one being made by Assange by requesting information from the US State Department.

“When the commission has enough information to make a decision, it can decide to grant or not grant a precautionary measure,” the IACHR said in a written statement.

“If it decides to grant it, it usually requests the state of the country involved to take certain actions.”

It was not immediately apparent what would happen if the US failed to comply.

The US charges against Assange came to light when he was inadvertently mentioned in an unrelated court filing in November.

The fact that the charges were filed – but not what they actually were – was later confirmed by The New York Times.

Assange originally fell foul of US authorities after WikiLeaks began publishing troves of classified Pentagon and State Department documents in 2010.

The whistleblowing website shot to prominence again when it released thousand of Democratic National Committee emails during the 2016 US presidential election campaign.

US authorities believe the DNC was hacked by Russian military intelligence officers and then handed to WikiLeaks.

US Special Counsel Robert Mueller is trying to determine if Manafort or any other member of Trump’s campaign team had advance knowledge or played any other role in their release.

Assange has said that WikiLeaks received the DNC documents through an anonymous file upload.

His lawyers’ petition also asks the IACHR “to compel Ecuador to cease its espionage activities against Mr. Assange.”

Relations between Assange and his embassy hosts have been deteriorating for months.

Ecuadorean President Lenin Moreno announced in December that “the way has been cleared for Mr Assange to take the decision to leave in near-liberty.” – Rappler.com