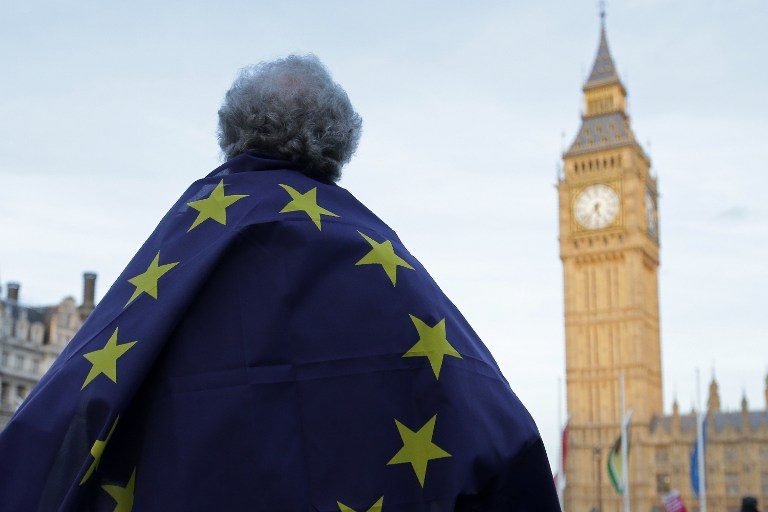 LONDON, United Kingdom – After British MPs rejected Prime Minister Theresa May’s Brexit deal, they will vote Tuesday on what they want her to do next.

The House of Commons voted on January 15 to reject the withdrawal agreement May has struck with the European Union, leaving Britain on course to leave the bloc on March 29 with no deal at all.

The Conservative leader is seeking to salvage her agreement but critics say it is time for parliament to take greater control to avoid possible catastrophe.

May has scheduled a day’s debate on Tuesday, January 29, on the way forward and MPs have introduced amendments which they hope could indicate which options have support.

Most are intended to avoid the risk of a “no deal” exit, and raise the possibility of a second referendum, delaying Brexit and renegotiating with the EU.

What do the MPs want?

An amendment by Labour MP Yvette Cooper, backed by some former Conservative ministers, would clear the Commons timetable on February 5 for a debate on a piece of legislation that could delay Brexit.

Under the Cooper bill, if there is no Brexit deal by February 26, the government must allow MPs to vote to delay. It proposes 9 months, but this can be amended.

Even if the amendment passes, the bill could fail to pass the House of Lords in time. But if it does, it would be legally binding on the government.

Several amendments demand changes to the “backstop” arrangement in May’s deal, which could see Britain tied to EU trade rules to keep open the border with Ireland.

Two proposed by Conservative MP Andrew Murrison, and signed by senior members of the party, put a year’s time limit on the backstop or demand that it be replaced by “alternative arrangements”.

May has been seeking modifications to the backstop for months but EU leaders have so far refused.

If one of these amendments passes, she could return to Brussels with the argument that if the EU were prepared to change the backstop, MPs would back her Brexit deal.

An amendment from former Conservative minister Dominic Grieve would clear the Commons timetable for 6 days in February and March for votes on potential Brexit options, without setting out what these might be.

Nothing passed in those votes would bind the government, but they would have political force.

RULE OUT NO DEAL:

More than 120 MPs from different parties in the 650-member parliament have signed an amendment by Conservative MP Caroline Spelman rejecting a “no deal” Brexit.

A separate amendment by opposition Labour leader Jeremy Corbyn demands parliamentary time to vote on how “no deal” might be avoided.

He offers two options: renegotiate a new UK-EU customs union and a “strong relationship” with the EU’s single market, or hold a second referendum.

A planned cross-party amendment calling outright for a new referendum was not introduced due to a lack of support.

Not all amendments will be put to a vote. Commons Speaker John Bercow will make the selection on Tuesday morning, and votes are cast from 7 pm (1900 GMT).

Any amendments that are chosen would need support from all sides. It is unlikely that Corbyn’s plan would command the support of any Conservative MPs.

What if they fail?

A growing number of ministers have warned they will not accept a “no deal” Brexit, raising the possibility they could resign to try to stop such an outcome.

The government meanwhile has promised another vote on its Brexit deal as soon as possible.

MPs could also still seek to influence events by proposing amendments to a series of government bills that must pass parliament before Brexit day. – Rappler.com