Jan 30, 2019 7:21 AM PHT
Agence France-Presse
Facebook Twitter Copy URL
Copied
'Four years after completing my service as commander in chief, I am asking for your confidence so that I may lead Israel,' says Benny Gantz 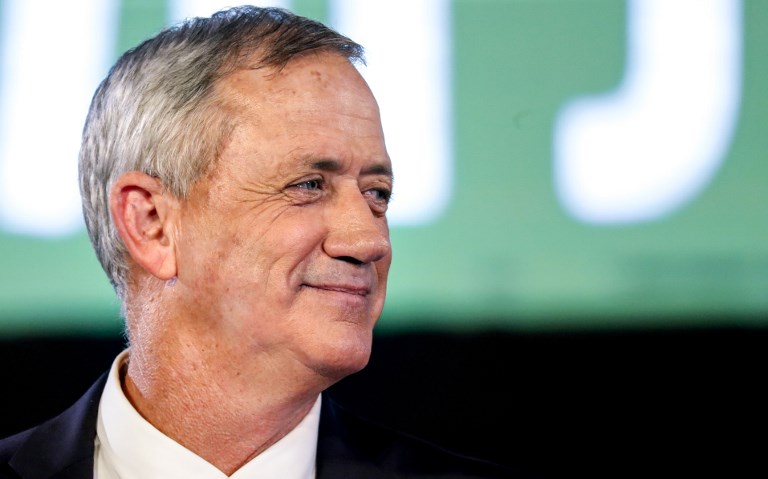 Benny Gantz promised a conservative diplomatic and security policy, pledging to keep the strategic Jordan Valley area of the occupied West Bank under Israeli rule, along with the Israeli-annexed Golan Heights and east Jerusalem.

He also promised to keep up a tough stance on Iran and its military presence in Syria, which borders Israel.

“In the harsh and violent Middle East surrounding us, only the strong win,” he told several hundred supporters in Tel Aviv.

He answered critics who have said that he was likely to take a job in Netanyahu’s next government if he could not beat him at the polling booth.

“Four years after completing my service as commander in chief, I am asking for your confidence so that I may lead Israel,” he said.

His new party, Israel Resilience, could emerge as the second largest in parliament in the April 9 general election, according to polls taken since its launch in December.

On Tuesday, Gantz announced an alliance with another former chief of staff and ex-defense minister, Moshe Yaalon, bringing him on to the podium at the end of his speech.

Neither revealed details of the new partnership.

Yaalon served as Netanyahu’s defense minister from 2013 to 2016, but has since become a critic of the premier. He has also unveiled his own party, Telem.

Generals are revered in Israel, though many who cross into political life after their military service discover that their army experience does not prepare them for the challenges of civilian decision-making.

Gantz, widely respected as army chief, has kept his cards close to his chest and made few public comments since December.

Gantz made several references to the cases against Netanyahu in his speech, pledging “zero tolerance for corruption” if he wins the election.

“I thank the prime minister for his 10 years of service,” Gantz said. “We shall carry on from here.”

Commentators had been predicting that in the event of a Netanyahu victory, the centrist Gantz might join a coalition led by the man who has been premier since 2009 – including from 2011-2015, when Gantz was chief of staff.

A poll last week said Gantz’s Israel Resilience could win 15 seats out of the Knesset’s 120, with Netanyahu’s Likud remaining the largest faction with its 31 lawmakers.

‘No more right or left’

Gantz has committed to amending a contentious law defining Israel as the nation state of the Jewish people, in order to accommodate its Druze minority.

That prompted Netanyahu to call him a “leftist”.

Gantz has also been the target of a campaign from the harder right of the Israeli political spectrum.

Naftali Bennett of the newly founded Hayamin Hehadash used a recording from 2015 in which Gantz said he “risked Israeli soldiers” to ensure the safety of Palestinian civilians, in a bid to dub the general as part of the “weak left”.

Apart from messages on social media promising “something different” for Israel and a song pledging “no more right or left”, Gantz had hitherto revealed little beyond his military credentials.

He has boasted in videos of the number of Palestinian militants killed and targets destroyed under his command in the 2014 war with Gaza’s Islamist Hamas rulers.

In another video, Gantz stressed the need to strive for Arab-Israeli peace. – Rappler.com