Feb 1, 2019 12:51 PM PHT
Agence France-Presse
Facebook Twitter Copy URL
Copied
Bishops of Texas release the names of about 300 Catholic clergy who have been accused of sexual abuse dating back 70 years 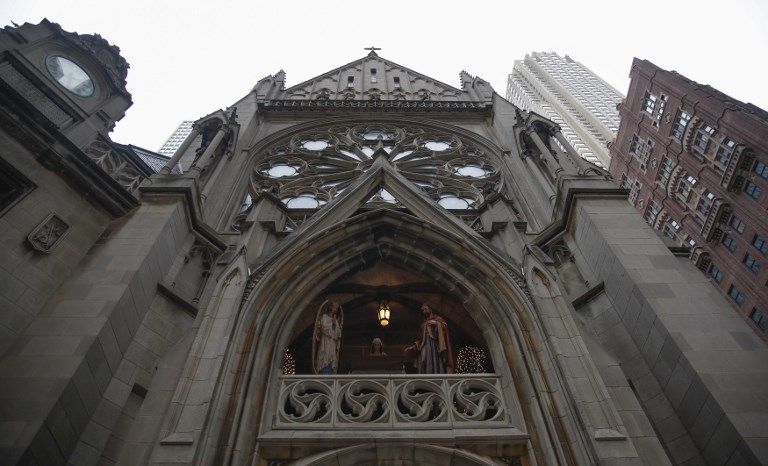 CHICAGO, USA – Catholic officials in the US state of Texas on Thursday, January 31, released the names of approximately 300 clergy who have been accused of sexual abuse dating back 70 years.

The revelations – which came on the same day that a law firm said that more than 80 priests sexually abused minors in a California diocese over a period of decades – are just the latest in a clergy abuse crisis that has rocked the Catholic Church.

Most of the Texas priests were dead, had been removed from the clergy, or both, according to the state’s dioceses.

Two priests in the Houston area were facing recent allegations, and the San Antonio diocese said one unnamed living priest was the subject of an ongoing investigation.

“The Bishops of Texas have decided to release the names of these priests at this time because it is right and just and to offer healing and hope to those who have suffered,” Cardinal Daniel DiNardo of the Galveston-Houston diocese said in a statement.

The 15 dioceses of the sprawling Lone Star state had promised in October to release names of clergy “credibly accused” of sexually abusing minors.

The Survivors Network of those Abused by Priests (SNAP) applauded the move but urged law enforcement to conduct independent investigations.

“The only way to ensure that the bishops here in Texas are truly sincere about rebuilding their sacred trust is to allow for independent, properly trained experts in law enforcement to review all the files,” SNAP said in a statement.

In the California revelations, attorney Mike Reck of the firm Jeff Anderson and Associates said that more than 80 Catholic priests had sexually abused minors in the San Bernardino diocese over a period of 6 decades.

The diocese had already released the names last October of 35 clerics involved in the abuse, all of whom were deceased or barred from the diocese.

But Reck said that list was incomplete, since it did not include the names of those accused of abuse prior to 1978, when the diocese was created.

According to the law firm, 53 of the 84 priests named have already died, but it is not known if the rest are still working, have left the country, or are under supervision.

The Catholic Church has been hit by revelations that abuse was covered up in countries around the world, especially the United States, Chile and Australia.

Attorneys general in around a dozen US states have opened criminal investigations.

The attorney general in the US state of Illinois in December revealed investigators had found at least 500 clergy accused of sexually abusing children, which the church had not previously disclosed.

In the same month, officials of the Jesuit order of the Catholic Church overseeing at least 40 US states released the names of more than 240 members accused of abuse dating back to the 1950s.

And an August grand jury report out of Pennsylvania found more than 300 suspected predator priests and more than 1,000 victims had been covered up for decades. – Rappler.com