Feb 5, 2019 7:17 AM PHT
Agence France-Presse
Facebook Twitter Copy URL
Copied
A fire services spokesman says it is possible that not all the bodies will be located and recovered 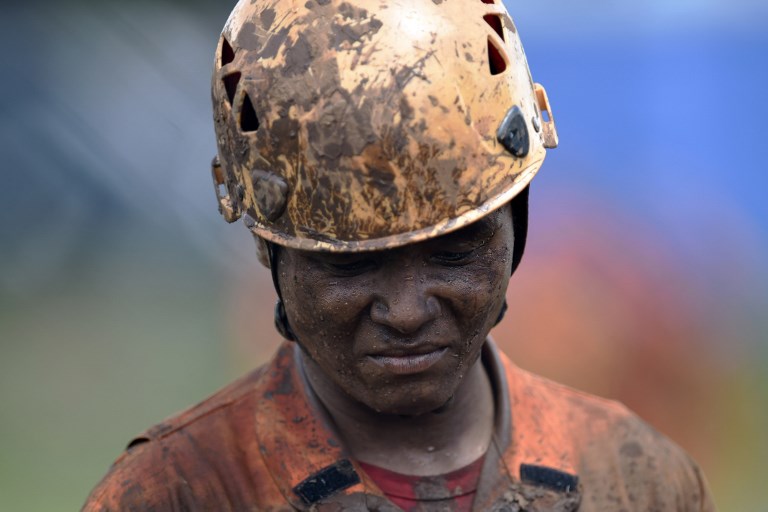 RIO DE JANEIRO, Brazil – The toll from a dam collapse at a mine in southeast Brazil has risen to 134 deaths after more than a week of searches, with 199 missing, authorities said Monday, February 4.

The count showed the gradual recovery operation of bodies more than a week after the January 25 disaster at the dam, owned by Brazilian mining giant Vale, near the town of Brumadinho.

Those listed as missing are presumed dead, but not yet located under the layers of muddy mining waste released when the tailings dam broke apart. Almost all the victims were workers at the mine.

A fire services spokesman said it was possible that not all the bodies would be located and recovered.

“After a while, because of the decomposition of the bodies, it becomes impossible to recover the remains. But until that moment comes, even if we have to stay 4,5, or 6 months, the fire offices will work without stopping,” he said.

The disaster occurred 3 years after a similar dam collapse tragedy at another mine in the same region which was part-owned by Vale.

That 2015 incident, close to the town of Mariana, had a lower death toll of 19, but was considered Brazil’s worst environmental disaster because the mining waste released ravaged whole ecosystems along hundreds of miles (kilometers) of waterways.

President Jair Bolsonaro, in a statement read to Congress as he recovered in hospital from abdominal surgery, said excessive regulation of Brazil’s mining industry was partly to blame for the Brumadinho dam collapse.

“The government has dozens of overlapping monitoring structures which stop people producing but didn’t prevent the Brumadinho tragedy,” he said.

“It’s not with bigger government that we are going to solve these problems, but with more efficient government,” he said. – Rappler.com