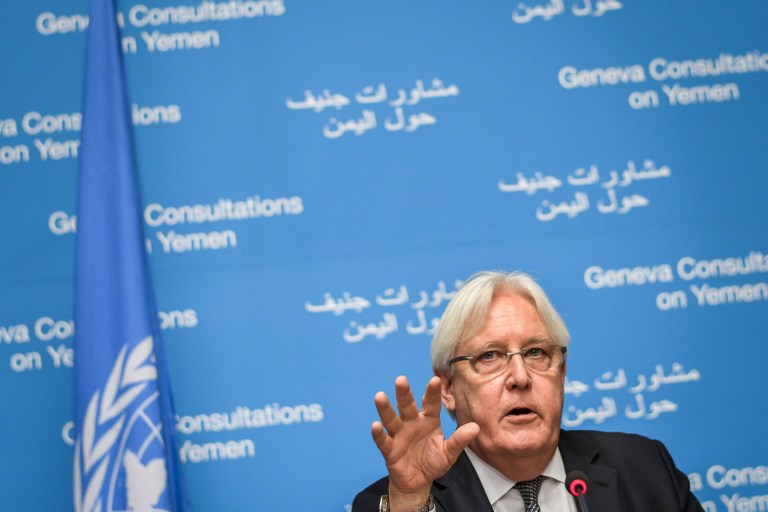 AMMAN, Jordan – Yemen’s Saudi-backed government began a new round of UN-brokered talks with Shiite Huthi rebels in Jordan on Tuesday, February 5, on a troubled prisoner swap deal that mediators say hangs in the balance.

The huge prisoner exchange  agreed in Stockholm in December is seen as a crucial confidence-building measure in the UN-led push to bring the warring sides to negotiations on ending 4 years of devastating conflict.

Both sides have said repeatedly they remain committed to the agreement that could see thousands of prisoners released by each side.

During two days of talks in the Jordanian capital last month, they submitted lists of the detainees they each want to see freed, but deep distrust prevented them coming up with a final list of names for the exchange.

At the end of January, the rebels released a captured Saudi soldier while Riyadh set free 7 Huthi prisoners but they are the only detainees exchanged under the deal so far.

UN envoy Martin Griffiths said he hoped the two sides would be more successful this time as he opened 3 days of talks in Amman.

“The aim of this event is to finalize… the lists of prisoners and detainees to be released and exchanged,” he said.

“Success in this regard is not only of huge importance for those who will be released and return to their families but also to the broader political process in which we are engaged.”

A senior official of the International Committee of the Red Cross, which will oversee the deal’s implementation, said on Monday, February 4, that it was “hanging in the balance,” with trust among the parties “insufficient”.

Each side has presented a list of up to 8,000 detainees to be freed, but many names cannot be accounted for, said Stillhart, adding that the prisoner swap realistically would involve a significantly lower number.

“There is a lot of disappointment on both sides”, he said. “What we now see on both sides (is that) they don’t have them all because a lot of them, they probably died during the conflict.”

The prisoner exchange is one of the main achievements of a breakthrough in the peace process which the UN envoy brokered last year.

There are fears that its failure would have a knock-on effect on the other key elements – fragile truce agreements for the lifeline port of Hodeida and battleground third city of Taez.

Those deals too are running into trouble – while the ceasefires  have largely held, timetables for the pullback of combatants have fallen far behind schedule.

The agreements reached in Sweden are widely seen as the best chance yet of ending a conflict that has killed some 10,000 people since 2015 and pushed 14 million to the brink of famine, according to the United Nations. – Rappler.com