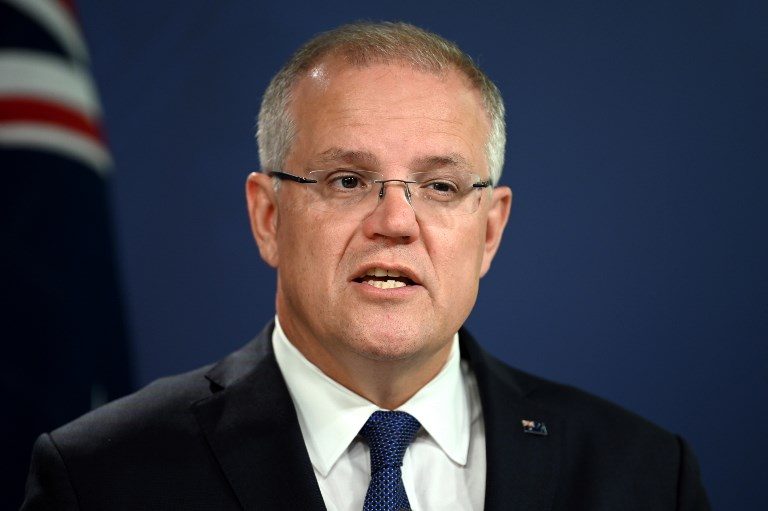 Morrison approved the reopening of the remote facility – closed just months ago – claiming new laws just passed by parliament would increase the number of people trying to arrive in Australia illegally.

On Tuesday and Wednesday parliament rebuffed government warnings and adopted legislation opening the door for some of the 1,000 refugees detained in existing offshore centers on Nauru and Papua New Guinea’s Manus Island to travel to Australia for medical treatment if the transfers are requested by two or more doctors.

It was the first time in decades that an Australian government has lost a vote on its own legislation in the House of Representatives.

Morrison brushed aside suggestions that the law would only apply to those already in detention and accused the opposition of trying to “weaken and compromise our borders”.

His government, he said, was adopting “100%” of a series of recommendations from the country’s security services to further tighten efforts to prevent the arrival of migrants and asylum-seekers by sea.

He declined to specify what those classified measures were, other than to announce the reopening of the camp on Christmas Island, a remote Australian territory some 2,300 kilometers (1,400 miles) northwest of the western city of Perth.

“If they don’t come, it will be because of the work and the decisions we are now taking and the actions we are putting in place,” Morrison said. “If they do come, you can thank the Labor Party and (opposition leader) Bill Shorten.”

But authorities on Christmas Island questioned the move to reopen the detention center, saying their health facilities are limited and they “quite regularly” medically evacuate people because their small hospital cannot handle complex treatment.

“We just wouldn’t have the capacity here to deal with people coming here for medical reasons,” Shire of Christmas Island CEO David Price told national broadcaster ABC, adding they do not have the specialists to deal with serious mental health problems.

Price said the shire had not been consulted on Morrison’s decision, which he labelled a “political knee-jerk reaction.”

Morrison’s decision comes as both parties gear up for a bitter campaign ahead of a general election due in May and amid fierce debate over the conservative government’s harsh immigration policies.

Those policies have seen thousands of asylum-seekers languish for years on Manus and Nauru under conditions widely condemned by the United Nations and human rights organisation.

A dozen refugees have already died in the Manus and Nauru camps and a number have attempted suicide, including children.

“Ensuring access to adequate medical care for refugees and asylum-seekers is a life-saving, humanitarian act,” said Louise Aubin, the representative of the United Nations High Commissioner for Refugees in Canberra.

The opposition Labor party responded furiously to what it called Morrison’s “scare tactics” and said he was manufacturing a fear of migrants to win votes.

Labor’s shadow solicitor general Mark Dreyfus accused Morrison of encouraging “people smugglers to re-start their evil trade,” declaring him “not fit to be PM of this country”.

Morrison refused calls to step down or call an early election in the wake of the parliamentary setback, insisting that Australians would have time to make their choice in May.

The facility on Christmas Island once held thousands of people and was the scene of violent protests by detainees complaining of harsh conditions.

The last 35 detainees were taken off the island last October, when the camp was shuttered. – Rappler.com