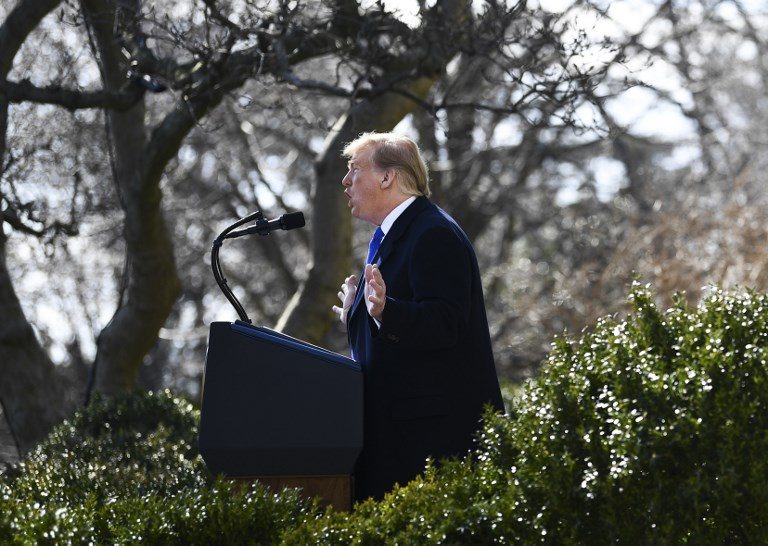 SAN FRANCISCO, USA – Sixteen US states sued President Donald Trump’s administration Monday, February 18, over his decision to declare a national emergency to fund a wall on the southern border with Mexico, saying the move violated the constitution.

The lawsuit, filed in a federal court in California, said the president’s order was contrary to the Presentment Clause that outlines legislative procedures and the Appropriations Clause, which defines Congress as the final arbiter of public funds.

The move had been previously announced by Xavier Becerra the attorney general of California who said his state and others had legal standing because they risked losing money intended for military projects, disaster assistance and other purposes.

Several Republican senators have decried the emergency declaration, saying it establishes a dangerous precedent and amounts to executive overreach. (READ: Can Trump use ’emergency powers’ to build border wall?)

“Use of those additional federal funds for the construction of a border wall is contrary to Congress’s intent in violation of the US Constitution, including the Presentment Clause and Appropriations Clause,” the complaint said.

It added that Trump had “veered the country toward a constitutional crisis of his own making.”

“Congress has repeatedly rebuffed the president’s insistence to fund a border wall, recently resulting in a record 35-day partial government shutdown over the border wall dispute,” the document read.

“After the government reopened, Congress approved, and the president signed into law, a $1.375 billion appropriation for fencing along the southern border, but Congress made clear that funding could not be used to build President Trump’s proposed border wall.”

The complaint added that the Department of Homeland Security had violated the National Environmental Policy Act by failing to evaluate the environmental impact of the wall in California and New Mexico.

Friday’s declaration enables the president to divert funds from the Pentagon’s military construction budget and other sources. – Rappler.com