Feb 21, 2019 11:26 AM PHT
Agence France-Presse
Facebook Twitter Copy URL
Copied
Vietnam asks for an exemption for senior North Korean officials who are on a UN sanctions blacklist to be allowed to attend the February 27-28 summit in Hanoi 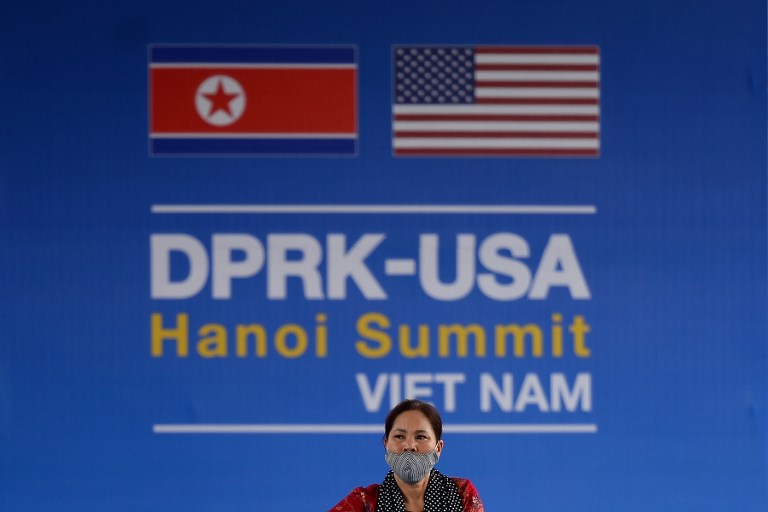 Vietnam had asked the committee to grant an exemption to senior North Korean officials who are on a UN sanctions blacklist to allow them to attend the February 27-28 summit in Hanoi.

The sanctions provide for a global travel ban that bars governments from granting them visas to come into their countries.

UN diplomats said Vietnam had requested a blanket exemption for the North Korean officials and that none of the 15 Security Council members had objected.

The committee also granted exemptions to allow the delegation to attend the US-North Korean summit in Singapore in June.

Trump and Kim are due to meet in Hanoi next week to try to achieve progress on scrapping North Korea’s nuclear and ballistic missiles program.

In Washington, Trump said Kim must make a “meaningful” gesture on denuclearization if he wants to UN sanctions to be eased.

Led by the United States, the Security Council has adopted a raft of sanctions resolutions that ban sales of North Korea imports such as coal and severely restrict oil supplies to the communist-ruled country.

The United States has insisted that “maximum pressure” from sanctions must remain in place until Pyongyang has fully scrapped its nuclear and ballistic missiles program.

But North Korea insists that easing sanctions would build trust along the way to denuclearization – a stance that has won support from China and Russia.

“Chairman Kim and I have a very good relationship. I wouldn’t be surprised to see something work out,” Trump said ahead of the summit. – Rappler.com